On 6-7th October, 2018, 500 women (and some non binary people) from all around the world, representing many different struggles and movements, gathered together in a university in Frankfurt for a life changing two day conference. 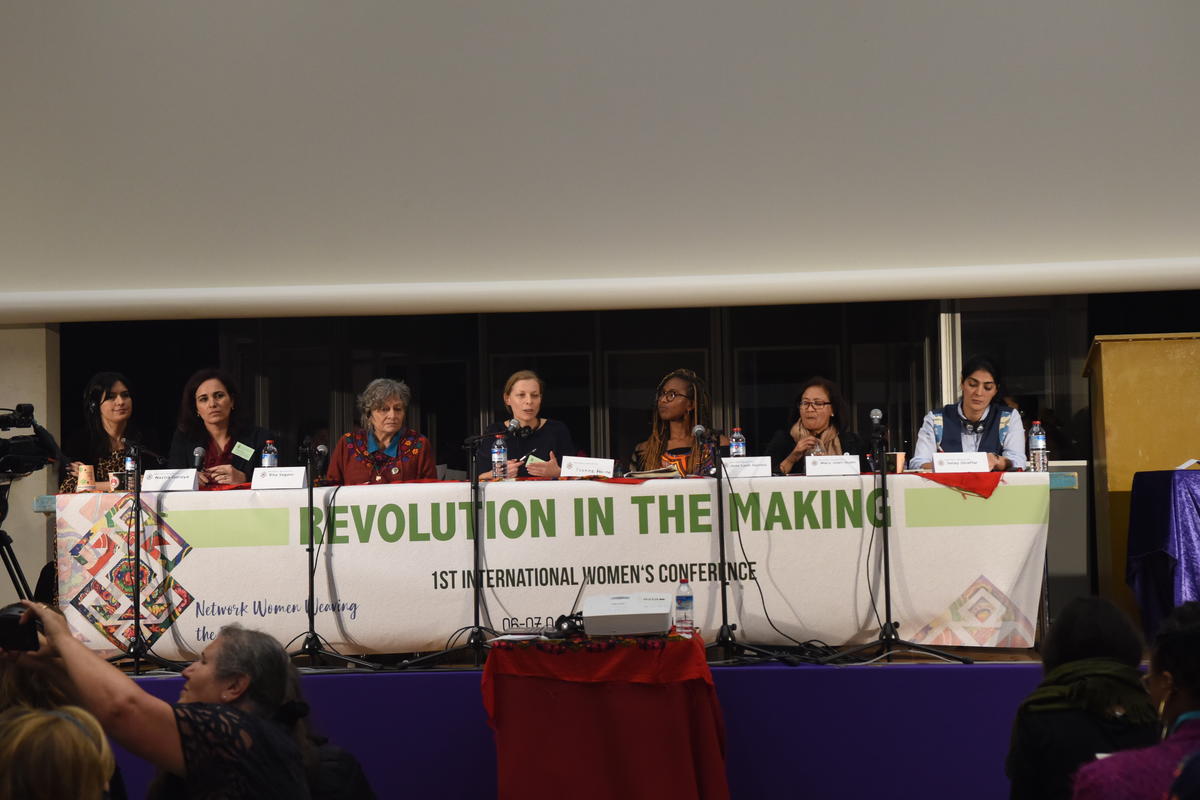 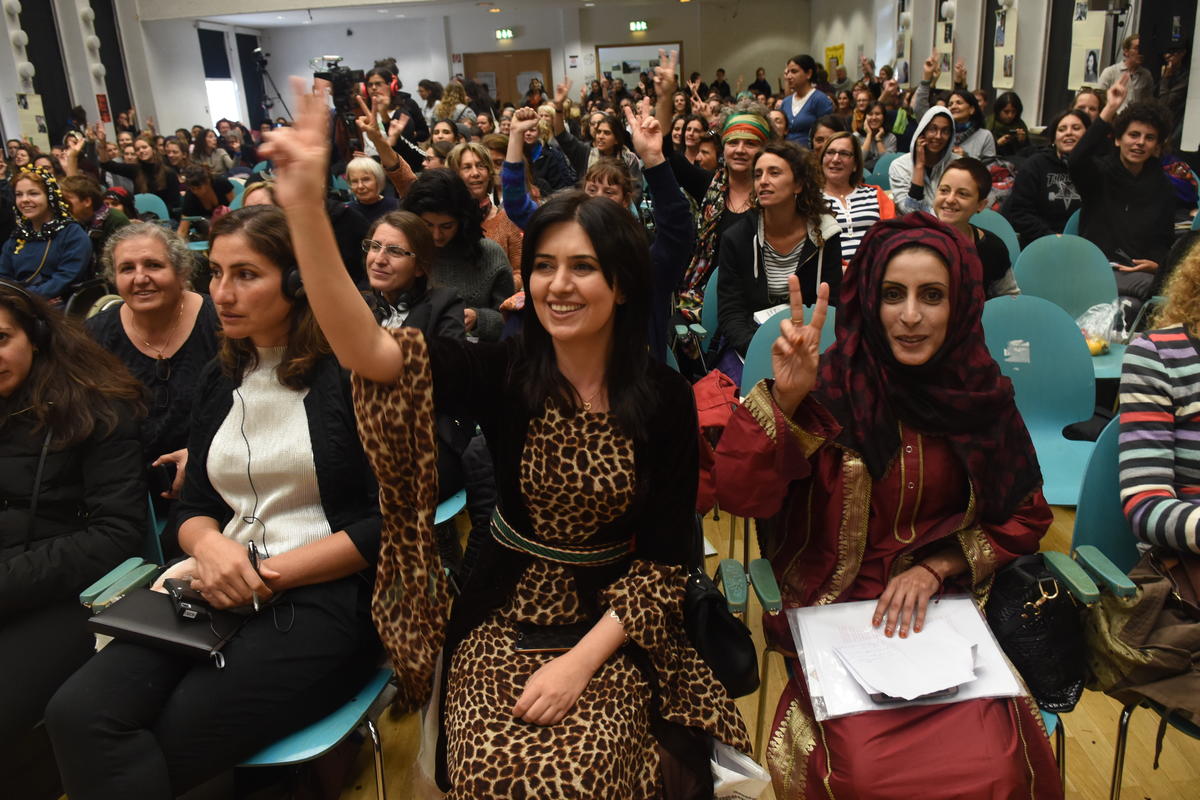 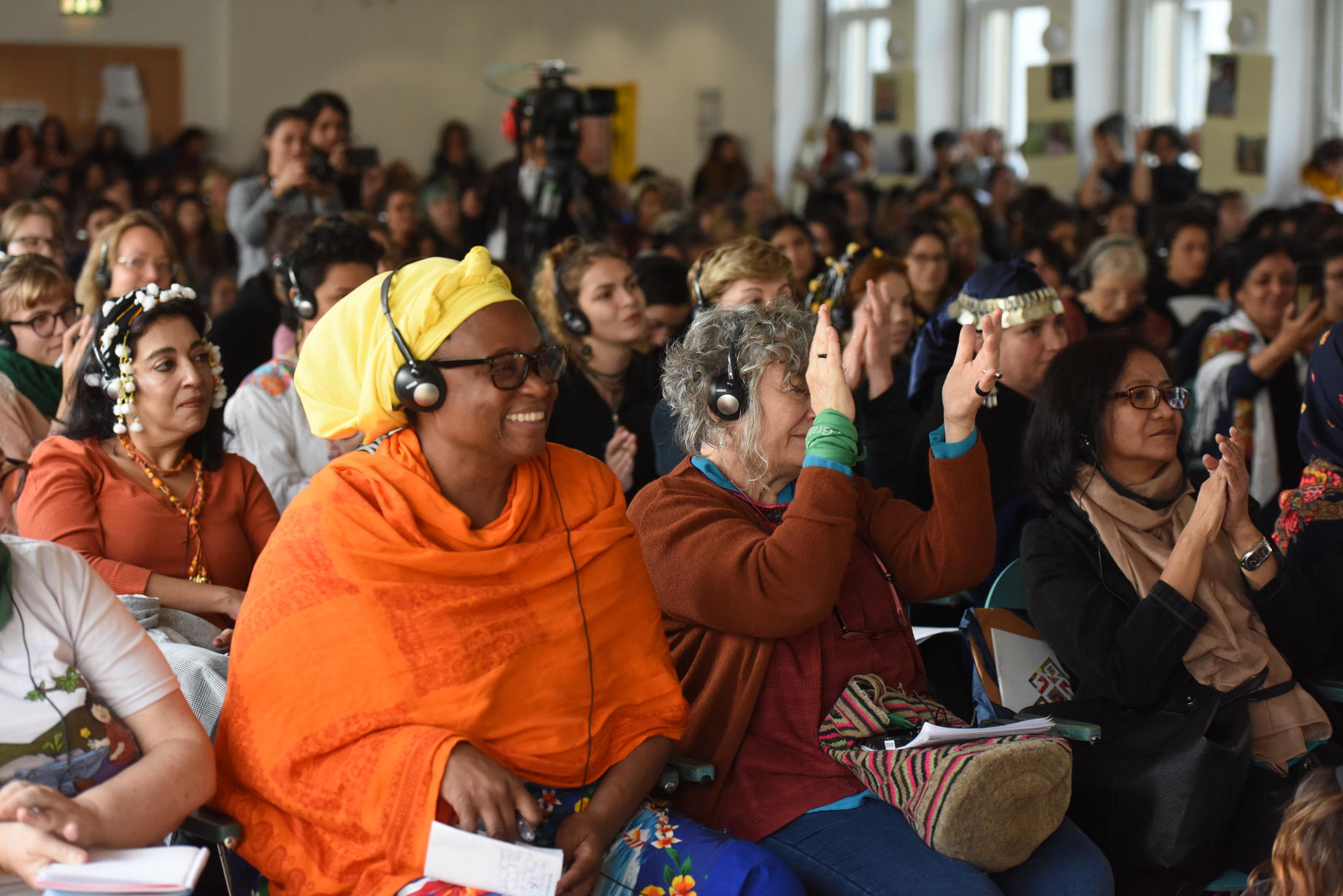 Below is the final resolution of the conference, but our journey together is just beginning…

We are well aware of the fact that a global war against women is being waged by patriarchy. We have been struggling against patriarchy for thousands of years in different forms. This new wave of global war against women is directed against us because of the things we achieved and because of the fact that we have been growing the means to imagine and realize an equal and free life ever more; in all parts of the world.

Know this! We are going to take what belongs to us: our power and our freedom. We will do that in spite of the extreme brutality that patriarchy forces us to face.

There are many different faces of the global war against women. Racism, colonization, capitalism and patriarchy ally themselves in different ways; at times they become crystallized in figures like Erdoğan, Duterte, Mondi, Putin and Trump, who are openly misogynist as they are racist and who mobilize patriarchy for monopolizing power and who destroy environment in order to make rich a few.

More importantly however, much more importantly there are the women. Human rights workers, feminists, female fighters, politicians, activists…There are women who despite all odds try to keep their children alive in Yemen, that resist and struggle against both extremism and dictatorship in Egypt, survive and help others survive against rape and kidnapping among the Ezidi communities, try to bring peace to their society and the world in the Balkans and women who organize and unionize in Argentine. There are the refugee women from Syria, Libya, Central America and West Africa, who try to bring themselves and their families to safety. Also there is the Zapatista women struggling and building at all odds, and then there are the women who make a revolution in Rojava and imagine a different world. In all these different ways together we are weaving our future.

Now is the time to understand, to value, to feel and to support all of the different struggles. And above all, it is important to become part of these struggles!

In the last two days we, more than 500 women from all over the world came together in Frankfurt and discussed how we shall weave the future and contribute in a women’s revolution in the making, and as proposed in this conference by many we must organise and link and network our organisations and as one other proposed we must begin building the Women’s World

Democratic Confederalism. Let this conference and this network become a first step to this.

In the end of this conference we declare that we will continue our fight together for the freedom of each and all of us. We will not allow any woman to be hurt. We will win our fight against patriarchy. We will create the new institutions of a new and free society. We declare that a revolution is in the making, the recent crisis of capitalism is a result of our struggles and the now – the present – gives us the historical opportunity to turn this century, the 21st century, into the century of women and peoples.

As one of the speakers said we as Jin, want our Jiyan based on Azadi.

So now let us together raise our voices and our fists, and let us say NI UNA MENOS, ELE NAO, BLACK LIVES MATTER, and JIN JIYAN AZADI! 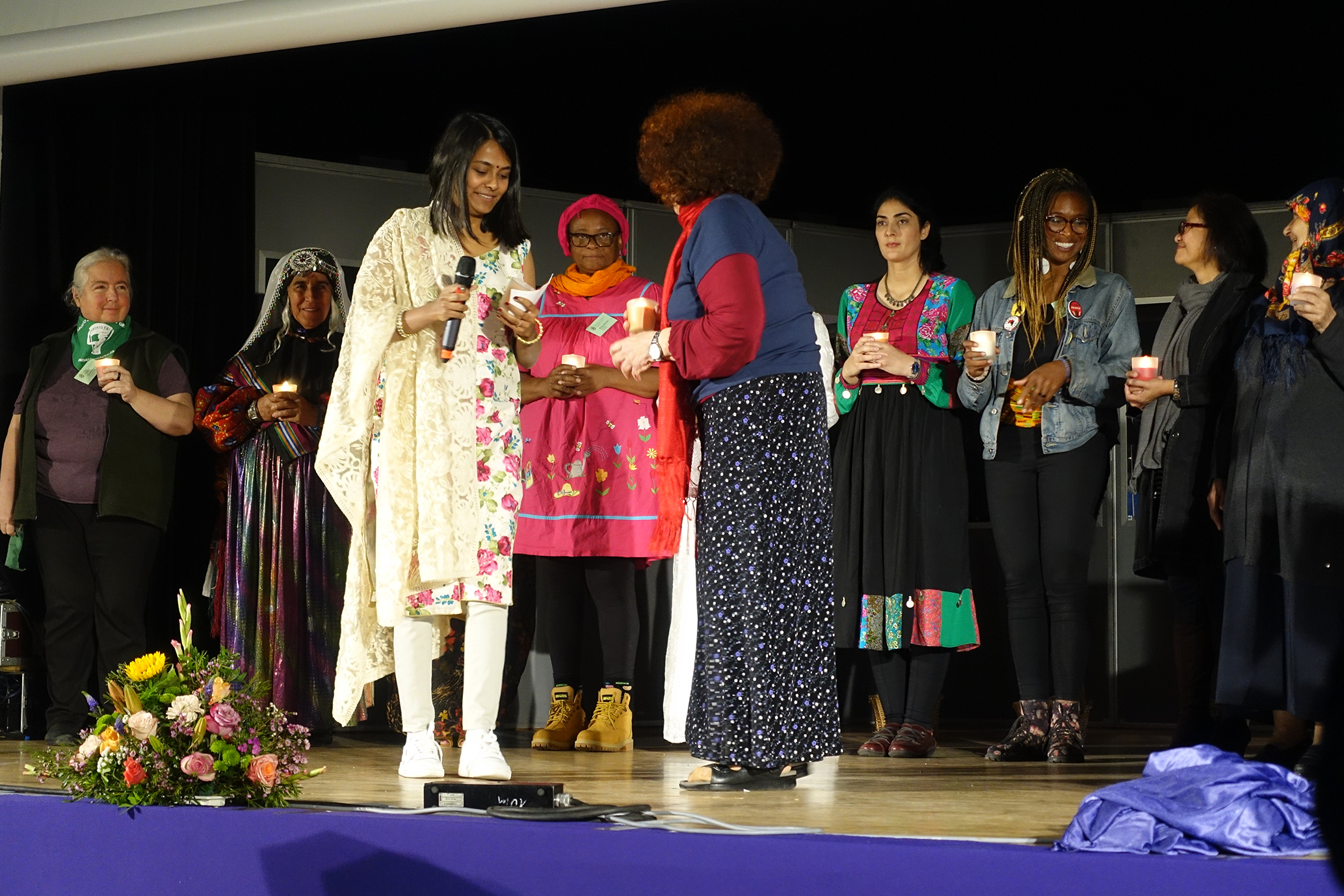 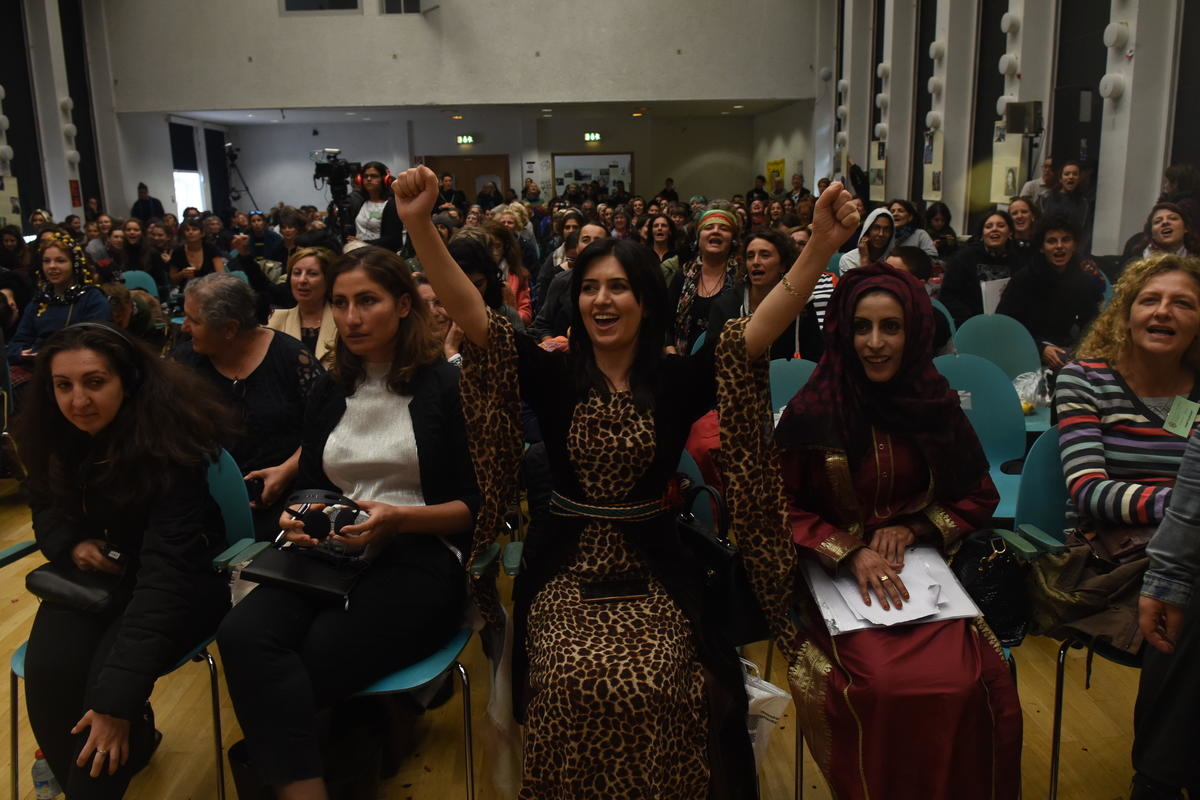 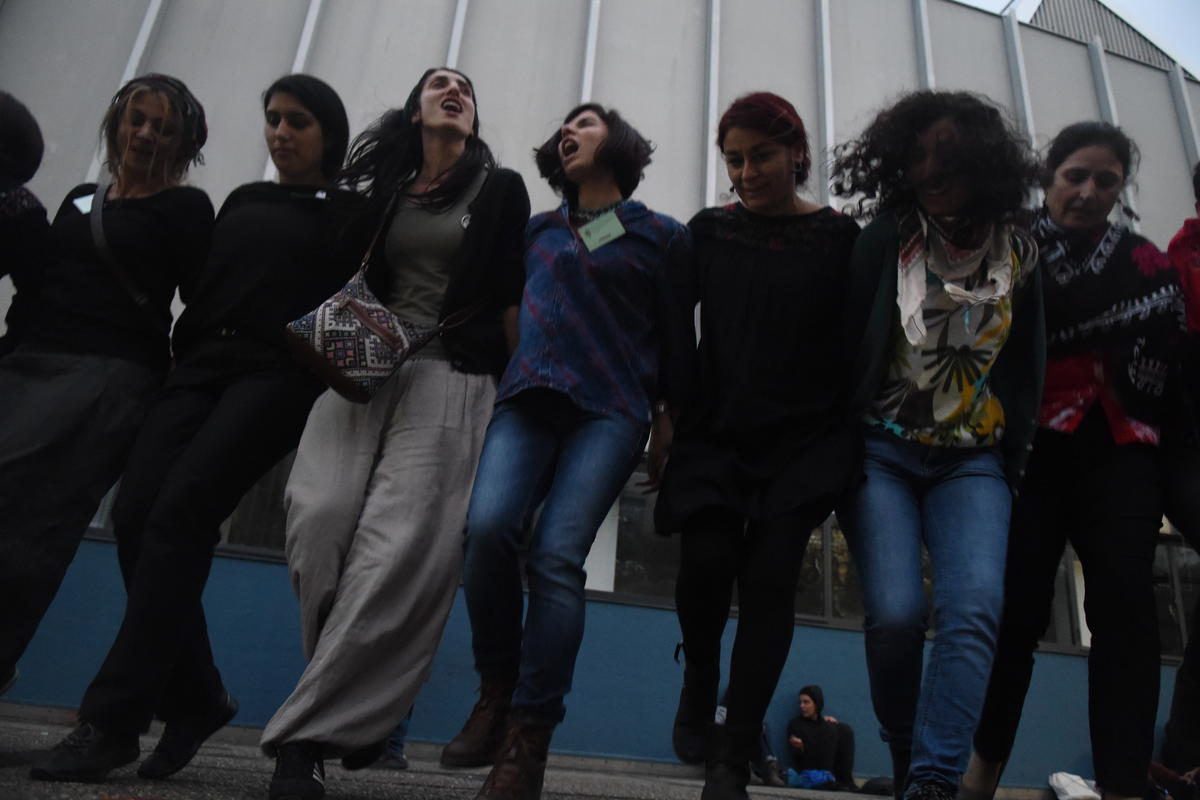 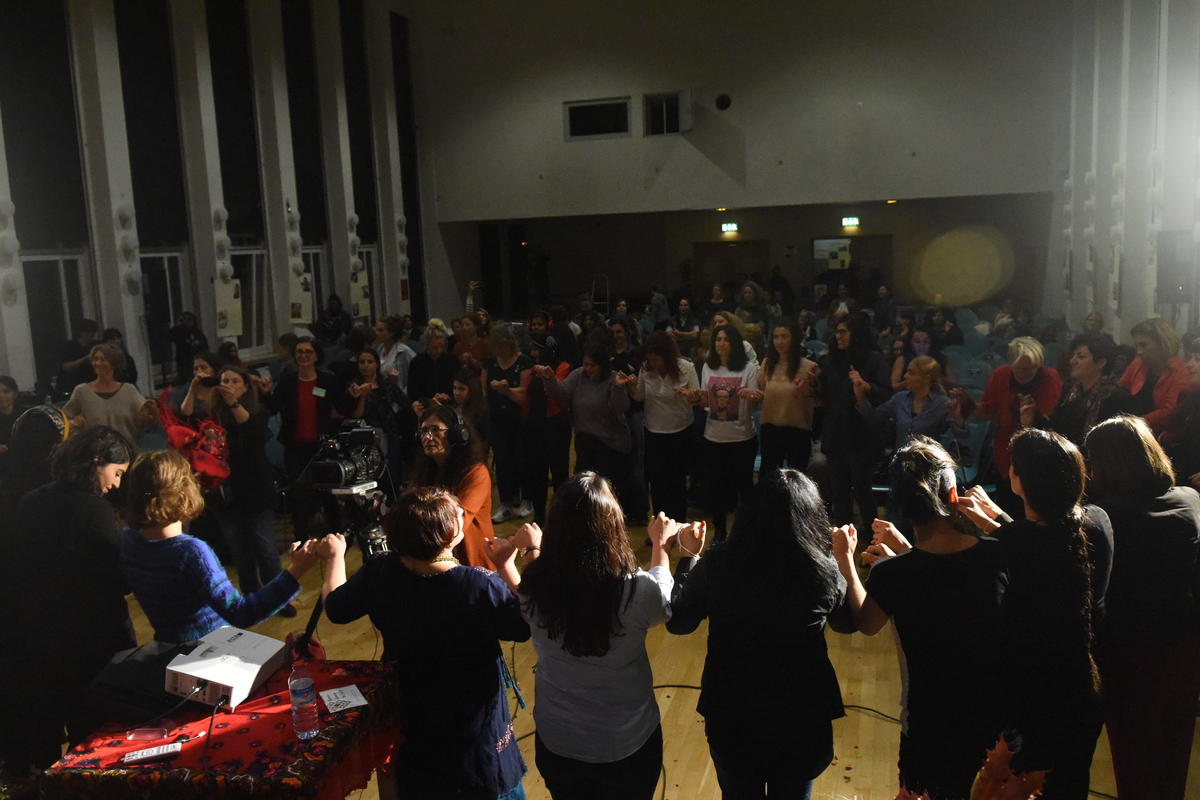 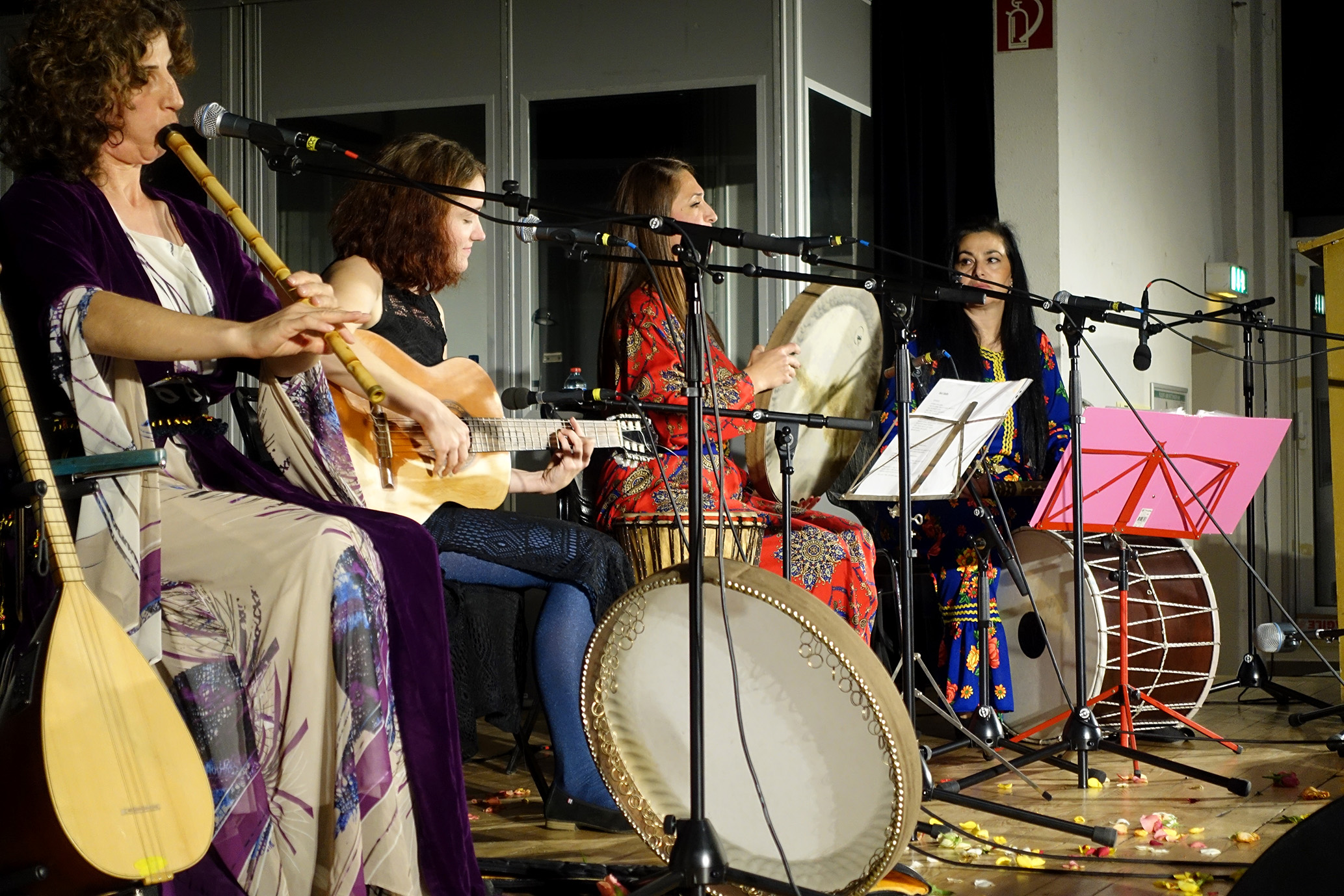 Network of Women Weaving the Future