Political Hunger Strike in Turkish Prisons and in Europe 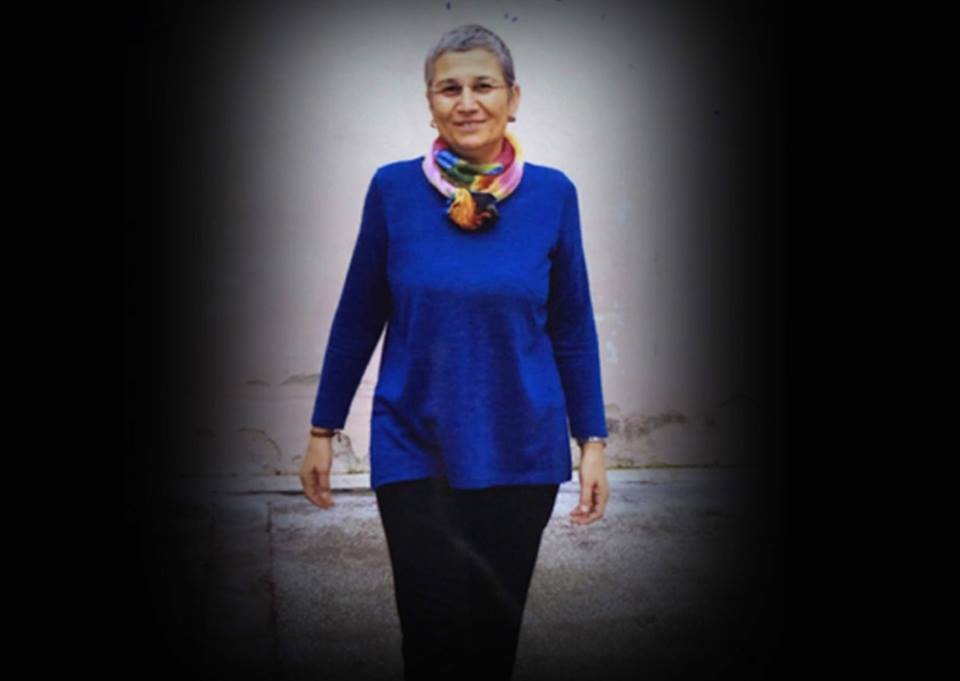 Since 7 November 2018, for 42 days now, the Kurdish politician and HDP deputy
Leyla Güven has been on hunger strike to draw attention to the current situation
of Abdullah Öcalan. She explained in a greeting message: “I will continue my
action until I have received an answer. I know that this is a just fight and that we
will win.

Abdullah Öcalan, the representative of the Kurdish population, who has been in
Turkish solitary confinement since his deportation from the Greek embassy in
Nairobi, Kenya, on 15 February 1999, in violation of international law, has not
shown any sign of life since 11 September 2016. Moreover, since 27 July 2011
there have been no more lawyer talks with the thought leader of the Kurdish
freedom movement.

In order to protest against the injustice system in Turkey, the HDP representative
Leyla Güven, who has been imprisoned since the beginning of the year for her
criticism of the Turkish fascist military invasion in Afrin, went on an unlimited
hunger strike on 7 November.

Leyla Güven triggered a wave of solidarity with her action:
In addition to numerous other political prisoners who joined Leyla Güven’s hunger
strike on 27 November, solidarity strikes are now taking place in many other
places in Turkey and Northern Kurdistan.

A few days ago the wave of solidarity also reached Rojava (Northern Syria).
Also in Europe Kurds started a solidarity hunger strike in many cities from
December 6th. Numerous activists from Hamburg, Cologne, Darmstadt,
Hildesheim, Frankfurt, Stuttgart, Berlin, Nuremberg, London, Bern, Vienna,
Marseille, Athens, Stockholm, The Hague and Paris took part in the hunger strike.
On 17 December 2018 an unlimited hunger strike with 18 participants was
declared in Strasbourg and is currently being held far from the European public.

Protests have reached a new climax:

At the moment we are receiving numerous news from Turkish prisons that more
and more Kurdish prisoners have decided to go on hunger strike indefinitely to
protest against the isolation of Ocalan and the Turkish invasion of Rojava.

The hunger strike is the most radical form of action for political prisoners and
activists to draw attention to their demands. It is a selfless act of publicising
urgent grievances and at the same time an appeal to society to make solidarity
practical.

Finally, the Turkish state took action against hunger strikers out of solidarity with
numerous arrests and torture methods. Dozens of hunger strikers have been
arrested in numerous cities in Turkey. Turkish policemen stormed HDP clubhouses
and private apartments of Kurdish citizens. The Turkish government is taking all
kinds of repressive measures to break and stop resistance to state structures.

Both behind the Turkish prison walls, and in the current political situation around
Kurdistan, history repeats itself before the eyes of the world public.

From a Kurdish point of view, Turkey has a political landscape similar to that of the
military coup 40 years ago.

Any political activity by Kurds is pushed into the terrain of illegality. In addition,
attempts are made to intimidate activists through repressive methods. Here in
Germany, too, we recognize the same forms of criminalization that remind us of
Turkish conditions. In order to take action against or put an end to the fascist,
inhuman and violent actions of the Turkish state, the end of the totalist isolation of
Abdullah Öcalan is of utmost importance.

On the background to the hunger strike:

For decades Abdullah Öcalan has been considered the number one public enemy
in Turkey.

He succeeded in persuading the oppressed Kurdish society to rebel and proclaim a
collective resistance against the numerous attempts of the Turkish government to
annihilate and assimilate the Kurds, which today has become a guarantee of their
existence.

Öcalan managed to convince the Kurds of the necessity of a democratic and
confederalist alternative. Thus the idea of their own state was overwritten and
adopted. He also laid the theoretical and practical foundations for the revolution
in Rojava, the liberation of women, an ecologically just life and the HDP project in
Turkey.

Despite prison walls and limited possibilities, he inspired millions of people. In
Rojava, people built a multi-ethnic, multi-religious and democratic alternative
society according to his ideas. Öcalan dedicated his life to the struggle for
democracy, peace and the solution of the Kurdish question. He initiated numerous
unilateral

The Turkish government has been able to resolve the conflict by means of
ceasefires and constructive proposals for solutions. Governments of Turkey also
often sought contact with him, clearly indicating that they recognized Ocalan as a
key role in resolving the conflict.

Between 2012 and 2015, even the AKP government conducted negotiations with
him. In it, Ocalan proposed a gradual peace plan: From confidence-buildingmeasures to a ceasefire under international observation to a lasting political
solution to the Kurdish question.

The negotiations were broken off by Turkey in April 2015 (officially, however,
much earlier) and answered with bloody massacres of the Kurdish population. To
date, the Turkish state has shown itself unwilling to provide solutions to conflicts
or to come to terms with the past. It is committed to the socialisation of a racist
and inflammatory ideology and to the systematic persecution, exclusion and
killing of ethnic, religious, political and sexual minorities.

Öcalan’s ideas of democratic confederalism, whose cornerstones are grassroots
democracy, women’s liberation, anti-capitalism, gender liberation and a pronounced ecological awareness are now international in
character and have spread worldwide.

Especially the political organization, pluralism and autonomy of the Kurds has for
centuries had a high danger potential for the ethnic-nationalist state of Turkey. For
this reason, Öcalan’s total isolation is not only directed against him as a person. It
affects 80 million citizens and also the future of Turkey. Together with the isolation,
the decision was taken to wage a fascist-motivated war against the Kurds.

The revolt of the hunger strikers with its backgrounds must be put into a global
context. Human rights must not be denied and crimes contrary to international
law must not be unnamed and legitimate! For this reason we ask for an urgent
reporting and for the end of the information encapsulation from Kurdish regions.
Only the thematization and emergence of the current events can provide for the
sensitization of the society for existing grievances. The demands of the hunger
strikers must be heard and published.