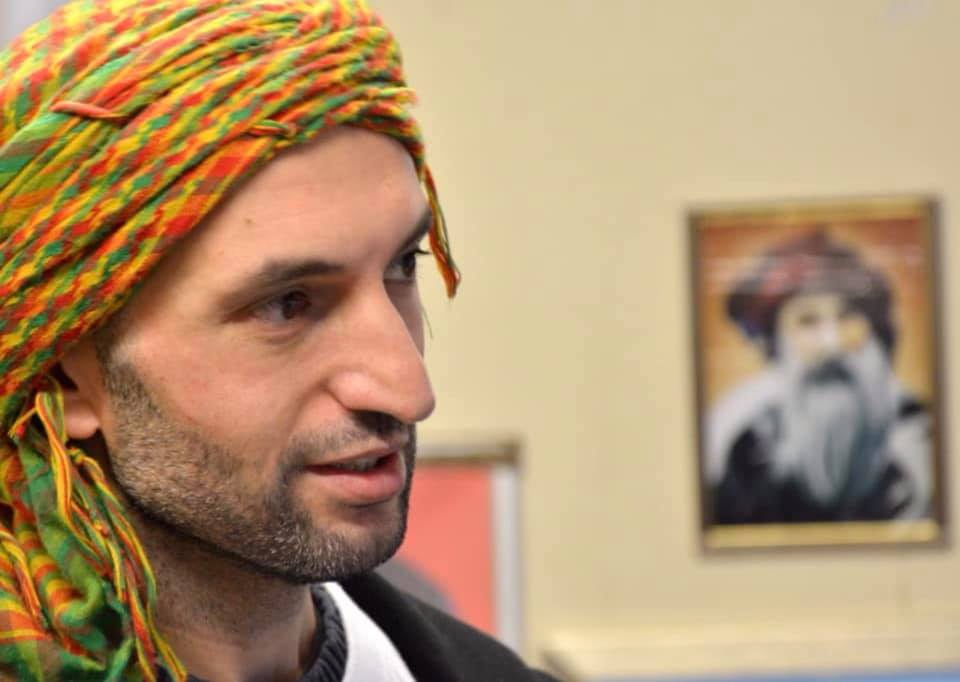 I send you my greetings on this May 1st, International Labour Day! As you know, similar to 8th March International Women’s Day, May 1st is among the historic gains of the resistance of women, workers, peasants, and revolutionaries against the exploitation of the ruling classes.

Despite the bloodshed and violence of the ruling classes, the efforts of revolutionaries and socialists have prevailed through determination and struggle. From the perspective of socialists and revolutionaries, these important days are not merely days of celebration, but also represent occasions to increase our revolutionary struggles against capitalism and all other forms of exploitation.

The German philosopher and socialist revolutionary Karl Marx said that wherever personal property is hegemonic, relations between humans and relations between women and men will turn into a trade. While this is certainly true when analysed from the perspective of the European-centric capitalist system, this issue is somehow different in the context of the Middle East. While European-centric capitalist modernity attributes various meanings to all parts of the woman’s body in order to commodify her existence in line with the perceived market demands, in many Middle Eastern societies, women are still viewed as men’s personal property and thus lives in a slave-like state of being.

With the collapse of real socialism, the Kurdistan Workers’ Party PKK – which began its struggle with a Marxist-Leninist ideology in 1978 under the leadership of Abdullah Öcalan – defended fundamental socialist principles, while initiating a shift in the socialist paradigm. He reminded us that the primary contradiction in the Middle East is not between the proletariat and the bourgeoisie but rather within the oppressive relations between women and men, underlining that without dissolving the mutually reinforcing ties between patriarchy and capitalism, it will be impossible to achieve socialism.

Therefore, without the liberation of women from patriarchal societal structures and the  rejection of roles attributed to them by the capitalist system – in other words without women belonging only to themselves and without women reaching the consciousness of liberating society in the personage of their own liberation – the power and domination relations that form the fundamental dynamics of the master-slave contradiction will not be overcome. Thus, unless they consider this, the liberationist revolutions that emerge are doomed to rot from within and eventually integrate into the global capitalist system.

As seen in the Soviet and Chinese experience, while supposedly being against private property and with the model of the dictatorship of the proletariat and peasantry, in the end the most advanced state monopolies and capitalisms were developed. Despite starting with a claim to lead a socialist fight against the capitalist system, power-thirsty male-dominated mentalities, with bureaucratic, seemingly proletarian totalitarian state apparatuses, were chasing after hegemony. As a result, real socialism dissolved in the face of capitalist bourgeois parliamentary democracies.

We can understand the relationship between power, hegemony, state and the male, when considering how, after nearly 100 years of Soviet socialist rule, billionaire oligarchs and totalitarian presidents like Putin emerged from this regime. Let us not get into explaining the situation of capitalist-imperialist China, which betrayed the legacy of Mao, the leader of the communist Chinese revolution, while still insisting on calling itself a people’s republic.

For all of these reasons, Abdullah Öcalan said that the Kurdistan revolution, which will play a key role for the democratic and socialist Middle East revolution, is not a working-class revolution, but will be the revolution of women. As the oppressed among the oppressed, our revolution would be a women’s liberationist mental revolution. In other words, with the democratic politics of self-liberating working and socialist women, with their special participation in all realms of social and economic life,  the anti-democratic and authoritarian male-dominated states in the Middle Eastern status quo will be weakened. With the leadership of women, the aim is for a socialist society through grassroots democracy, cooperative economy and a revolutionary power to mobilise self-defence against all forms of attacks.

As a working comrade of yours, who has attained a consciousness of history and class, I have struggled alongside you and always stood in solidarity with you until today to the best of my abilities. Today, as a hunger strike activist, who is putting his life at risk, I request that you, as my Welsh socialist comrades carry out your internationalist solidarity duties. With faith in the fact that you will continue to do so as you have done in the past, I wish that you increase your solidarity with the revolutionary forces in Kurdistan and the Middle East as soon as possible.

Besides constituting a cradle of humanity and civilisation, the Middle East is also home to countless peoples, ethnicities, cultures and beliefs that have lived together and alongside each other for millennia. That is what makes it one of the geographies with the most urgent need for democracy, women’s liberation and socialism.

Everybody must know that the most barbaric and fascist states of the Middle East – fascist dictator Erdoğan’s Turkey, racist Netanyahu’s Israel, and fundamentalist king Salman’s Saudi Arabia – do not act alone in their crimes against humanity. Behind these states are western states, in particular the United States, the United Kingdom and Germany that support the genocidal policies of these barbaric states.

For this reason, as Welsh socialists and revolutionaries, we must stand against the policies of the Theresa May government. We must not allow the further armament of states and we must raise our voices against the arms trade. History has burdened our shoulders with these responsibilities. Every day that goes by without struggle is a service to the ruling classes of the capitalist system.

Lastly, comrades, as stated by the great Karl Marx: we have nothing to lose but our chains. Today is the day to unite against the capitalist system, the exploitation by monopolies and patriarchal backwardness around the world. Today is the day to end the wars and to begin to create our own liberationist, egalitarian, peaceful and socialist world.

For all this to happen especially in the Middle East, breaking the isolation of Abdullah Öcalan, as a leader of the Kurdish people and of Democratic Confederalism, carries vital importance. As you are aware, like my activist comrades around the world, I started an indefinite-irreversible hunger strike on December 17, 2018 to break the isolation. While all of the hunger strikers have important health issues, our morale is high. No matter what it will take, our determination to continue our action is unbreakable.

Although the continuous solidarity of Welsh people and socialists everywhere with the hunger strikes has given voice to the situation in Kurdistan, the British government, the European Council and the CPT continue their silence and in fact try to criminalise the Kurdistan liberation movement. This makes them complicit in the loss of lives in the past, present and future. Only our increased struggle will break this silence. We do not rely on the merciful conscience of the rulers. I doubt whether they have a conscience at all.

For all these reasons, I call on everybody to increase their solidarity actions in support of the ongoing hunger strike to break the isolation on Kurdish people’s leader Abdullah Öcalan, to constantly email the CPT, Amnesty International, and parliament members with information documents in order to pressure them to put the issue on their agenda, and to mobilise protests. 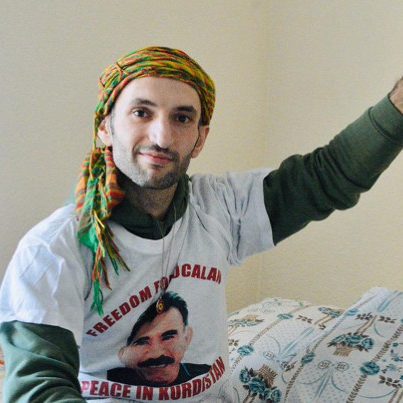