Who is Beating Back ISIS in Syria?
On 12 July, David’s bookshop, Letchword Garden City

Predominantly Kurdish defence forces, led equally by women and men commanders, are in the forefront of the fight against ISIS. Unnoticed by most of the world and its media, in the middle of a war zone, in Rojava Northern Syria, a radical secular experiment in class and race equality and direct democracy with women in the driving seat is taking place. It could provide a model of governance for the rest of Syria but are its ideas too radical for both its allies and its enemies?

What do their ideas mean for us? Come and learn more with Rahila Gupta, freelance journalist, writer & activist, who visited Rojava Northern Syria in 2016. Rahila’s books include: Provoked, Enslaved, & The Ballad of Nihal Armstrong . Her articles are published in The Guardian, New Humanist, New Internationalist and openDemocracy. 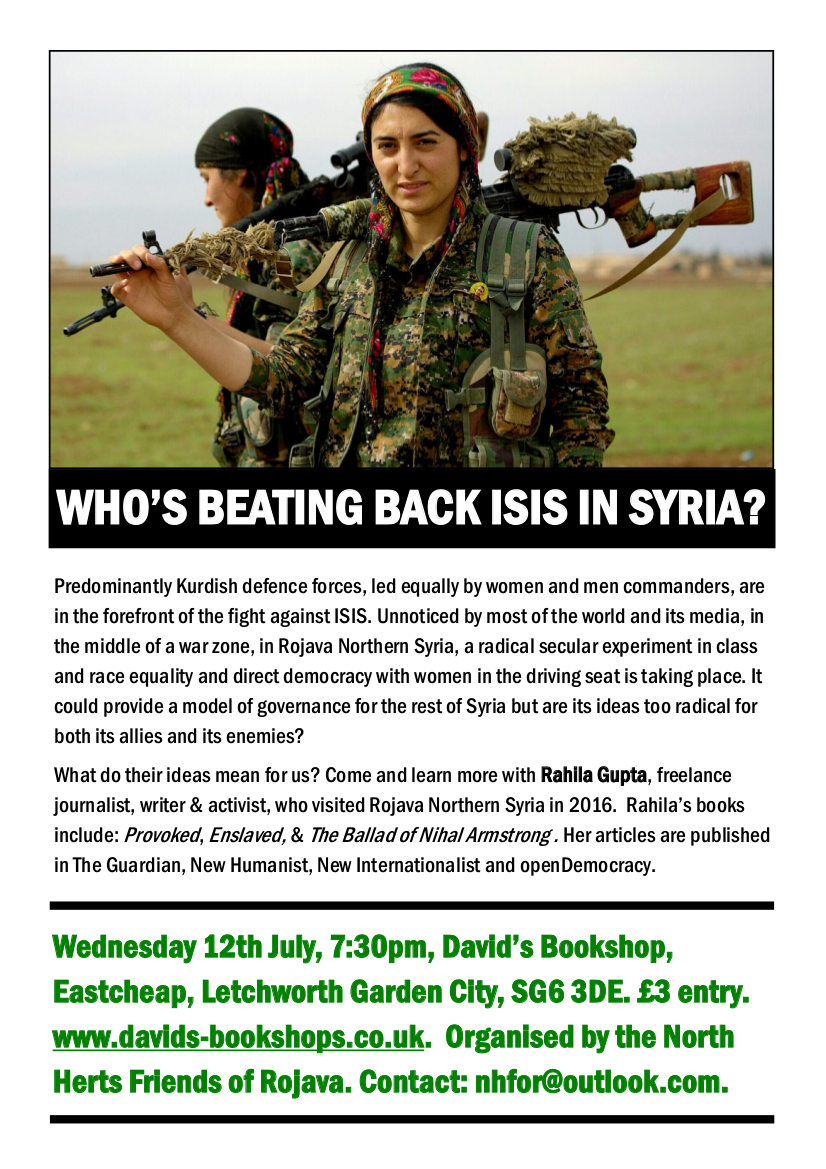