European parliamentarians: Öcalan’s freedom is a must for peace

Many European parliamentarians joined the demo at the vigil in Strasbourg for the freedom of Kurdish People’s Leader Abdullah Öcalan at its 5th anniversary, and demanded his immediate release. 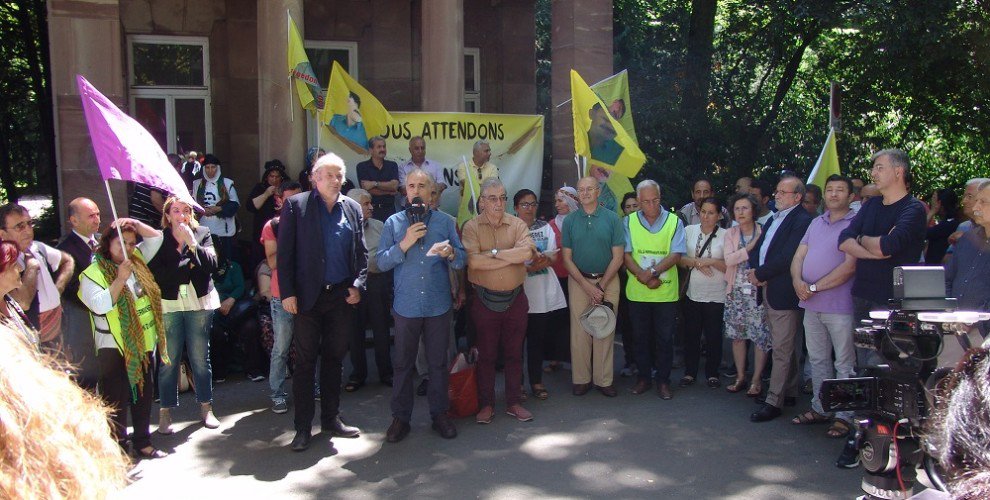 Many members of the Parliamentary Assembly of the Council of Europe (PACE) joined the Freedom for Öcalan Vigil in front of the European Council headquarters in the French city of Strasbourg, on the occasion of the 5th anniversary of the protest demanding freedom for Kurdish People’s leader Abdullah Öcalan.

Peoples’ Democratic Party (HDP) parliamentarians Filiz Kerestecioğlu and Ertuğrul Kürkçü joined the vigil alongside many parliamentarians such as Tony Vox from the Netherlands, Ulla Sandbaek and Nikolaj Villuemsen from Denmark, Matjaz Hanzek from Slovenia, Andrej Hunko from Germany, PACE member and former minister Anastasia Christodoulopoulou and SYRIZA MP Annetta Kavvadia from Greece and Italian parliamentarian and representative of the German minority Florian Kronbichler. Many other parliamentarians that did not attend the demonstration personally sent messages in support.

Tony Vox, Ulla Sandbaek and Nikolaj Villuemsen stated in their short speeches that they had witnessed the military attacks and oppression in perpetrated Kurdistan on the spot, and stressed they will show support to the imprisoned Kurdish politicians.

“WE UNDERSTAND WHY THE KURDS ARE GIVING A STRUGGLE”

After greeting the vigil’s participants on behalf of his party and faction, Member of the German Left Party and PACE Left Group, Andrej Hunko stated that they keep reporting about the oppression and torture inflicted on the Kurds, and remarked their cooperation with HDP parliamentarians within the Left Group.

Hunko reminded of April’s referendum in Turkey, where they served as observers in Amed and other Kurdish cities, describing it as a ‘truly undemocratic election’. Calling on the Turkish government to enable meetings with Öcalan immediately, Hunko emphasized that their international solidarity will continue.

“THE DICTATORIAL RULE IN TURKEY IS INACCEPTABLE”

Greek parliamentarian and former minister Anastasia Christodoulopoulou highlighted the importance of Abdullah Öcalan’s freedom for the Kurdish people, and stated that Turkey is ruled by a dictatorship that causes concerns for Greece as well. She underlined that Öcalan must be free for the achievement of peace.

KÜRKCÜ: ÖCALAN IS A LEADER FOR WHOM FREEDOM IS DEMANDED WORLDWIDE

Speaking after, HDP İzmir parliamentarian Ertuğrul Kürkçü stated that the vigil of five years has not been in vain, and that all the efforts made for Öcalan will contribute to his return to his righteous place among the Kurdish people one day.

Kürkçü remarked that there cannot be separate freedoms for the peoples of Turkey whom he called on to act following the motto ‘either everyone or no-one’. He and hailed the Kurdish people as the pioneer of the freedom struggle they have led until now, as ‘one of the architects of the future of the Middle East’. He emphasized that the Kurdish people’s freedom struggle is not viewed as terrorism around the world and remarked that Öcalan is a leader for whom freedom is demanded all around the world.

At the end of his speech, Kürkçü expressed his hope for Öcalan to be released soon.

“ÖCALAN MUST BE FREE AS THE LEADER OF THE KURDS”

Stressing that Öcalan must be free as the leader of the Kurdish people, Revollon said it was no more possible for Turkey that has a fascist government now to be a member of the Council of Europe.

The demonstration on the occasion of the 5th anniversary of the vigil demanding the freedom of Kurdish People’s Leader Abdullah Öcalan, ended following the speeches of the European parliamentarians. 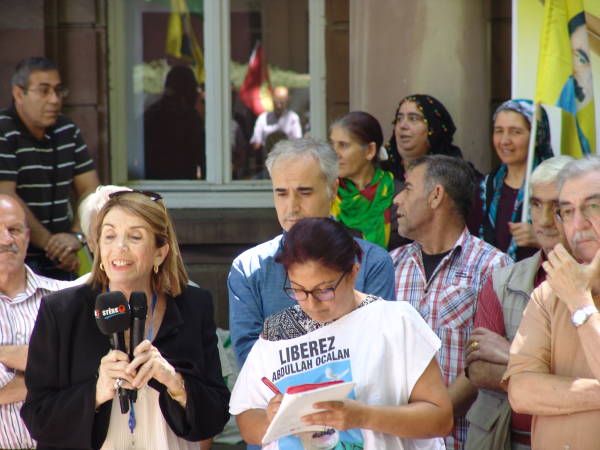 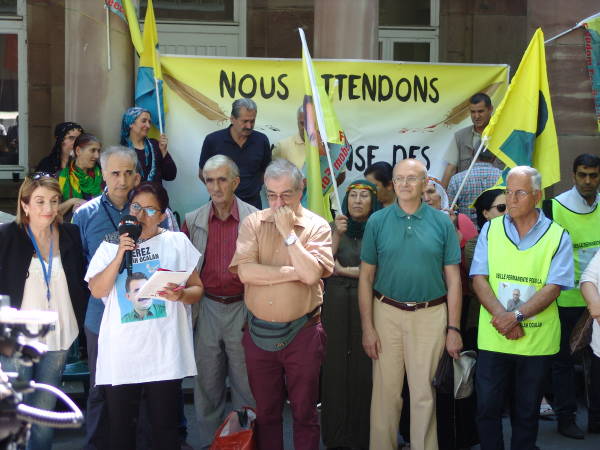 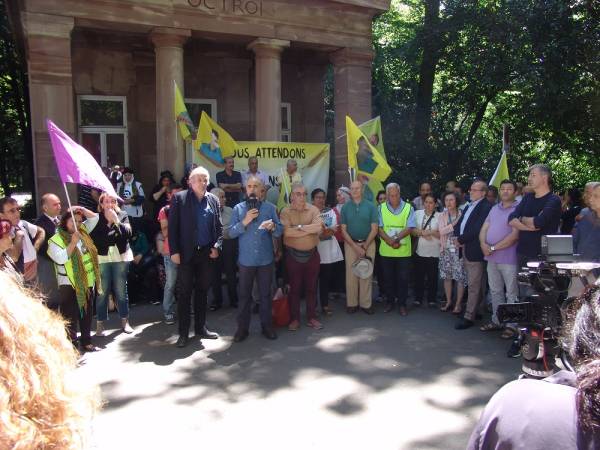 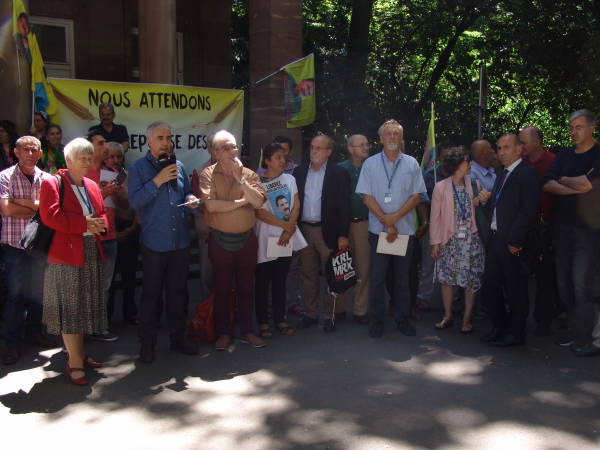