Can the left develop its own Middle East policy? 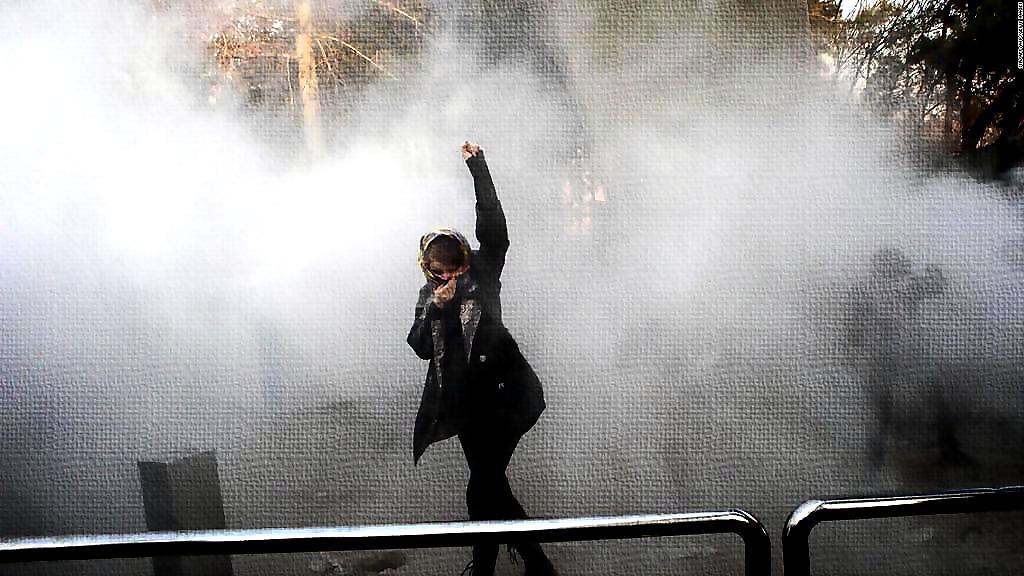 Re-posted here from the Komun Academy

We need solutions for the crisis in the Middle East. The chaos in the region has been ongoing since the collapse of the Ottoman Empire one century ago. Since the first Gulf War in 1991, the region between the Maghreb states and Pakistan has been in a deep state of seemingly endless crisis. Outside of the Middle East, in particular in Europe, the consequences of these wars and crises are felt in the form of waves of refugees and migrants, usually caused by European weapon exports to authoritarian, oppressive regimes. Meanwhile, European media or political discussion events often engage with the situation of the people, especially of oppressed minorities, in countries like Turkey, Syria or Iraq. Why, however, do we not manage to develop and implement ideas that enable peace, democracy and freedom in the Middle East? The quest for an answer to this question necessarily leads us to self-critical acknowledgements that we, as democratic and progressive forces around the world, must be willing to confront. Despite the urgency of the state of the world, we leave Middle East politics up to the representatives of western, capitalist states instead of developing an alternative that derives from our own strength and which clearly distances itself from imperialist agendas.

Human values such as freedom and equality are not European inventions. As leftist, democratic people, we often fall into the trap of thinking that the ideas and values that we fight for were developed in ancient Greece or in revolutionary Paris. This is partly related to our understanding of history, our historical horizon. What do we know about non-European history? For millennia, the Middle East and Europe have been directly influencing each other as neighbors. The agricultural revolution or the culture of settlement were phenomena that traveled from the Caucasus and Anatolia to places like Europe. Greek philosophers such as Pythagoras enjoyed their education in places like Egypt or Babylon. The Phoenicians of today’s Lebanon developed the modern alphabet and spread it in the Middle East region. When people in Europe in particular ask themselves today why the Middle East finds itself in such a deep chaos today, they are also forced to ask: “How well do we understand our neighbors? What do we know about their history and their ways to feel, think and behave?”

Let us take a look at Germany, a NATO member, leading state in the European Union, and one of the main exports of weapons worldwide. In its 150-year-old existence, the German nation-state began to develop its own Middle East policy rather early. At the latest with the abdication of Bismarck, who was concerned with balancing the European powers, young Germany’s interest in the Middle East increased. Political, military, economic and cultural relationships were fostered with the Ottoman Empire, which still continue until today. Germany’s strategic relationships with Turkey, as well as its contact to countries like Iran and Egypt, are a continuation of an old German interest in the region. The German state views its relationship to Middle Eastern powers in the context of its imperial status. One hundred and fifty years ago, in the eyes of Germany, the untapped region lent itself to imperialist activity, to compete with old colonial powers such as Great Britain and France. Ever since, it is part of the German raison d’état to expand its influence all the way to Southeast Asia and to thus assert geopolitical domination. No surprise then that in his book, The Grand Chessboard, Zbigniew Brzezinski, security adviser to several US presidents, describes the Middle East as the key for controlling Eurasia and thus, the world. Germany delivers weapons to the Middle East and receives authoritarian rulers from the region, in order to render its imperialist claim practical – a matter that state officials have been describing as the “new German responsibility” in recent years. German involvement in the wars, displacements and exploitation in the Middle East are accordingly great. For us as leftist, democratic forces, it is an urgent matter to understand imperialist Middle East policies comprehensively and realistically, in order to be able to define our own alternatives.

This issue offers the chance to tackle a fundamental weakness of progressive forces around the world: their lacking consciousness of the fact that they too are important political actors. Too often, we limit ourselves to criticizing and reacting to statist politics. Combined with our superficial knowledge of areas like the Middle East, the result is what Rıza Altun, member of the Executive Council of the KCK (Union of Kurdistan Communities), described in the following manner: “Although this region is the oldest center of sociality and socialization, it is so fragmented today that millions of people are forced to flee. There are reasons for this. Answers to this situation can only be found through a deep and holistic understanding of the region. It is impossible to understand anything, if one exclusively considers the violence and the resulting waves of migration via the Mediterranean Sea. This perspective leads to nothing more than a bad humanism. But that is exactly what happens in a way under the motto: ‘The situation of the Middle East is bad and backward. That is why people flee their homelands. We must support the people, who suffer under such circumstances.’”

This critique can be an occasion for democratic forces abroad to develop a self-confident and independent Middle East policy. Of course, it is more than right to welcome refugees in the countries that they arrive in. But beyond such basic actions, we must fight the root causes of these phenomena by having the courage to challenge the western-sponsored policy of displacement and genocide in the Middle East and by simultaneously supporting progressive forces in the region. An autonomous Middle East agenda must pursue at least three strategies: prevent wars, fight root causes of displacement and forced migration, and develop a culture of welcoming. At the moment, it is only the third aspect that enjoys practical effort.

The left forces around the world need partners in the Middle East to set their agenda independent of the international ruling powers or the regional authoritarian states. There are more or less organized forces among all societies in the region, who could constitute potential dialogue partners and allies. The Kurdistan Workers’ Party (PKK) is one of them. As one of the best organized and most experienced democratic forces in the Middle East, it makes much sense to seek exchange and cooperation with the PKK. At the latest with the defense of Kobane in 2014/2015, broad sections of society and the left in Germany developed a new relationship to the PKK, with which they clearly distance themselves from the German state’s policies of denial and criminalization. This new quality of relationships between the left, democratic forces in Germany (and elsewhere) and the Kurdish movement can constitute a practical starting point to develop a common democratic Middle East policy together with the forces in the region. There are plenty of reasons for this, as illustrated by the imperialist Middle East policy of western states and the resulting chaos in the region.

The above-mentioned considerations should serve as food for thought for all of us. Why shouldn’t we, as democratic powers, not be able to develop our own Middle East policy, yes perhaps even our own politics for all regions in this world? Who and what keeps us from doing so? The urgency of the matter becomes clear in light of the imperialist states that cause humanitarian tragedies on a daily basis and that currently assault the revolution in Rojava. A first step could be a common Middle East Conference of all leftist, democratic powers, who are interested in developing an autonomous agenda and an exchange between other democratic forces in the region. Surely, the Kurdish liberation movement would salute this idea.