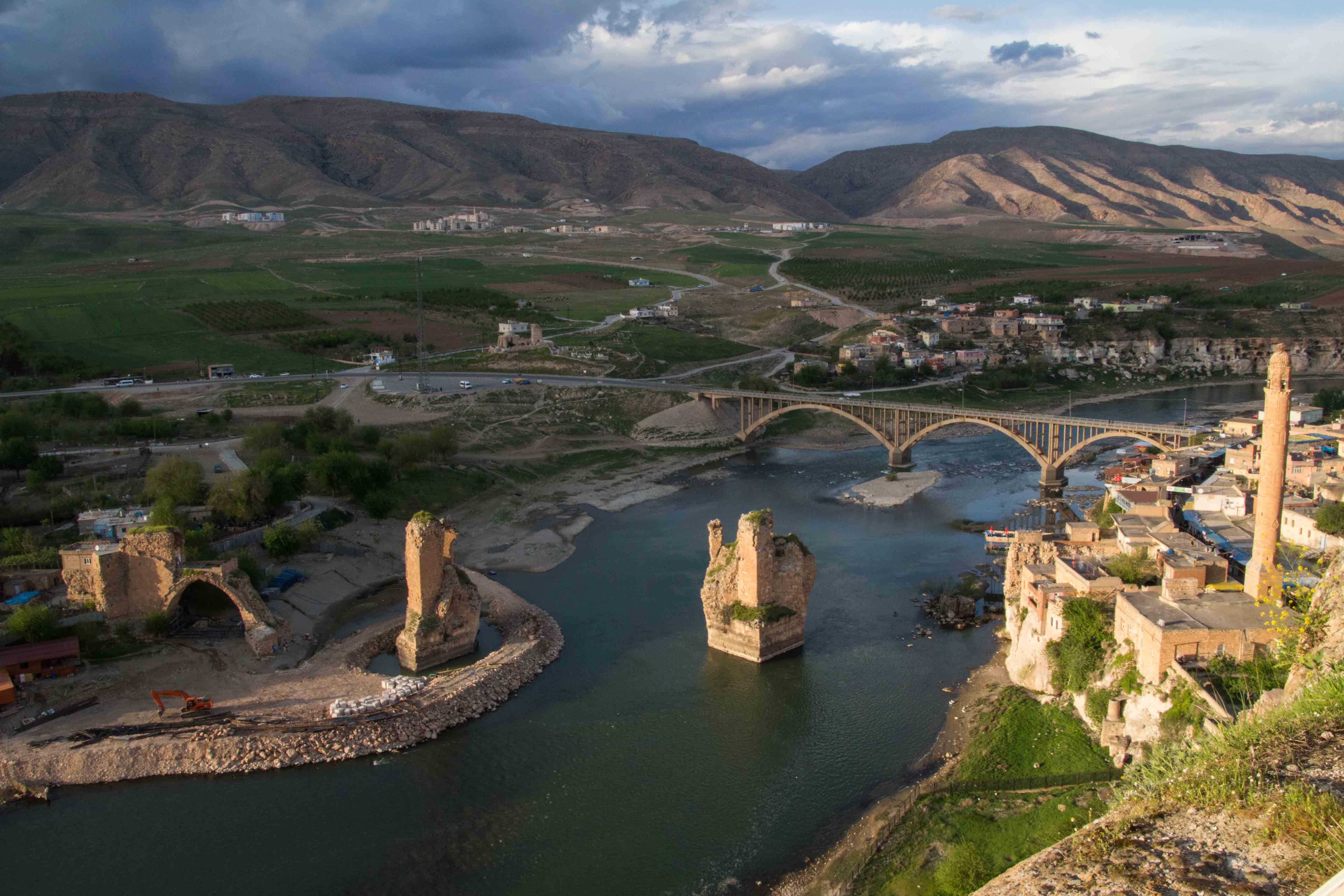 Re-posted from the Internationalist Commune of Rojava

The Initiative to Keep Hasankeyf Alive, together with the Mesopotamia Ecology Movement, is calling for a global action day for the 28.04.2018

Stop the destruction of Hasankeyf and Sûr!

We call upon all people and organizations to stand against the destruction of Hasankeyf and Sûr (old town of Amed/Diyarbakir) in North Kurdistan (Southeast of Turkey) in a global action day on April 28, 2018.

Hasankeyf and Sûr are two historical sites inhabited by people continuously for thousands of years at the Tigris River in Upper Mesopotamia. For years the two sites are faced with systematic destruction by the AKP led Turkish government. However, the two places have also become to symbols of resistance against ecological and social destruction by large investment projects as well as by the war imposed on the people by the Turkish state.

Hasankeyf is inhabited for 12.000 years and presents with the surrounding Tigris Valley, which experienced limited destruction until now, a unique spectacle of history, culture and nature. In terms of heritage it exceeds in many aspects Ephesus, Troy and Cappadocia. It fulfills 9 of 10 criteria of UNESCO which does not show any effort against the Ilisu Dam which would also affect gravely the Mesopotamian Marshes in South Iraq a UNESCO World Heritage Site since 2016. If completed the Ilisu Project, one of the most controversial dams worldwide, would destroy the livelihoods of up to 80.000 people in North Kurdistan. For 20 years there are protests by affected people and others who could stop the project for several times. But each time the AKP government changed law or organized new finance in order to continue with the project because it considers the dam as a strategic tool for economic-political objectives. With heavily military presence the dam construction continues and a big catastrophe for millions of people is enforced. International companies are involved in the construction (particularly Andritz from Austria) or in the relocation of some of the 300 monuments (see petition against Dutch Bresser under hasankeyfgirisimi.net). Latter is used by the Turkish government for its propaganda of saving Hasankeyf.

Sûr is the old city of Amed (Diyarbakir) with an uninterrupted past of 7000 years. Sûr is very political and since 2007 it organizes itself in council democratic structures for more democracy and women liberation. When in 2015 the Turkish government started its ongoing one-sided war against the Kurdish population, Sûr and other cities have been attacked brutally and crimes against humanity have been committed. By far the biggest destruction of Sûr, part of a UNESCO World Heritage Site since 2015, has been done after the official end of the armed clashes on March 10, 2016. Since then houses of 25.000 displaced people have been demolished. The same happened for 175.000 people in other cities like Cizre, Nisebîn (Nusaybin) and Şirnex (Şırnak) where at least 400 civilians have been killed straightly by state forces. These crimes have been documented by the UN High Commissariat for Human Rights in a report dated March 10, 2017.

The ongoing destruction of Hasankeyf and Sur can be compared essentially with the destruction of the Buddha Temple in Afghanistan by the „Taliban’s“ and of Palmyra in Syria by the „Islamic State“. If a state destroys on purpose unique and outstanding cultural and natural heritage – as it is the case with Turkey -, other states and international organizations like the UN should not keep silent. Particularly questioned is the EU which, among others, is focused in the continuation of the agreement on refugees with the Turkish government and thus subordinates human rights. But this approach can be challenged if people and civil organizations with an ethical awareness raise public pressure. We call upon you to show solidarity with the people in Turkey and Kurdistan who struggle against the destruction of Hasankeyf and Sûr. The defense of these two sites is still possible and may give hope against further cultural-social-ecological destruction and strengthen the perspective for peace. The AKP is not so strong as it pretends.

Come together in your towns and do an action on Saturday, April 28, 2018. Be creative and include further circles. Denounce the role of governments, companies, banks and international organizations like the UN. Close to the action day we will send more information and materials.