This event, hosted by Chris Williamson MP and Kate Osamor MP, marks the anniversary of the arrest and imprisonment of the co-chairs of the party Figen Yüksekdağ (MP for Van) and Selahattin Demirtaş (MP for Diyarbakir).

The HDP (Peoples’ Democratic Party) is a democratic socialist, feminist, and pro-Kurdish political party facing enormous political repression. At the time of writing, 9 of their MPs, 88 of their mayors, and 5000 of their political activists remain in prison.

The UK government’s policy towards its NATO ally Turkey is based on arms deals, ignoring the military repression of minorities in Turkey including its sizeable Kurdish population. Turkey has also been accused of funding and arming Salafist groups involved in the Syrian civil war, including ISIS. The UK’s relationship with Turkey therefore has serious implications for the stability of the region.

Berdan Öztürk, the HDP MP for Ağrı, will join us to share the experience of the HDP in attempting to carry out its democratic duty of representing 6 million voters in a climate of acute repression. We will also be joined by trade unionists, MPs, and journalists and academics working on Middle East politics. We will be launching a solidarity campaign with the HDP, linking UK politicians with HDP politicians to draw attention to their plight.

We will also be holding an evening reception on 1st November at 7.30pm in Dalston. More details here. 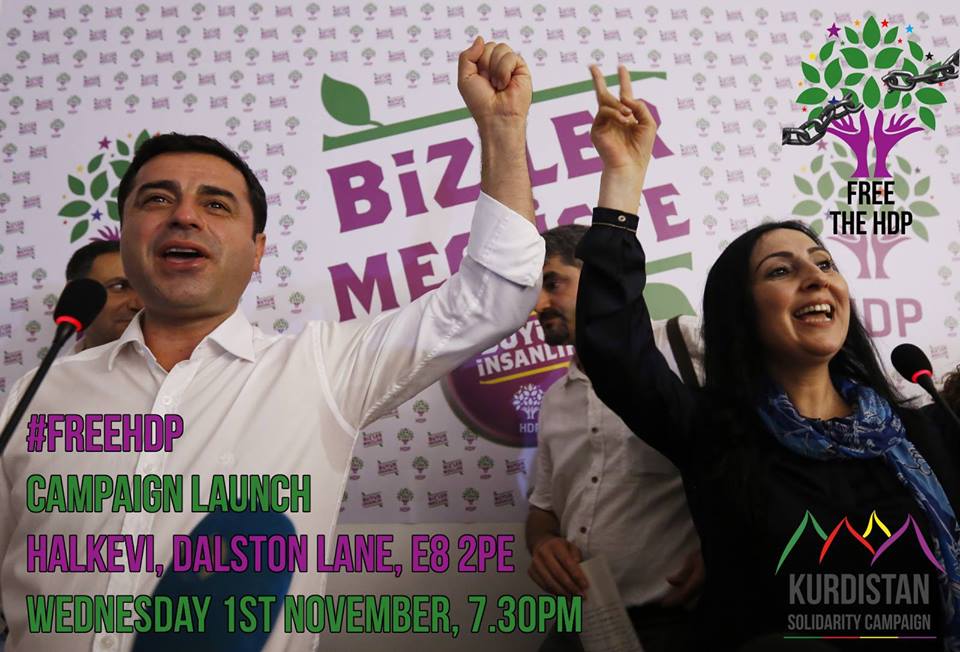