ISIS became a severe threat to humanity after it was able to take control of swathes of land in both Syria and Iraq after the armed conflicts deepens in both countries. The only aim of this barbaric organization is to form a dark system of terror. Despite this fact, ISIS was seen by certain regional states and some international powers as a useful tool to implement their dirty policies. The Turkish state wanted to block the Kurds from gaining any status, Saudi Arabia and Qatar pursued sectarian interests, while some Western states turned a blind eye in accordance with their own economic interests and the expansion of their sovereignty. ISIS conducted terrorist attacks all over the world, not just in the region. Hundreds of thousands of people fled form their atrocities, risking starvation and dehydration on the way.

In August 2014 ISIS attacked Yazidi Kurds in Sinjar where it massacred thousands of people and abducted around 5,000 Yazidi women to be sold as sex slaves.

Unconfined by this, ISIS, incentivized by the Turkish state, attacked the Kurdish city of Kobani on 15 September 2014 to destroy the secular, egalitarian, pluralistic administration established by the Kurds. With this attack two poles emerged. One was the regressive system ISIS represented, the other was the women’s liberationist, democratic and ecologist paradigm that the Kurds spearheaded. These two polar opposites fought in Kobani and the second one was victorious.

Therefore:
*Kobani became a symbol for the progressives and democrats of the world, and especially for women.
*Defeating ISIS in Kobani meant the downgrading of a dark legend.
*The freedom fighters in Kobani and the values they represented became a shining light against the darkness.
*The Kurdish women and freedom fighters of Kobani, backed by the international public, destroyed the system of fear created by ISIS.

This reality was well perceived by the peoples of the world. All across the globe people flocked to the streets on 1 November World Kobani Day to sing freedom songs and condemn the powers supporting ISIS.

Today Kobani is free but the struggle is continuing. We are inviting everyone to celebrate 1 November World Kobani Day to commemorate the fourth anniversary of the victory in Kobani and to show support for the democratic and egalitarian system being constructed in the region. 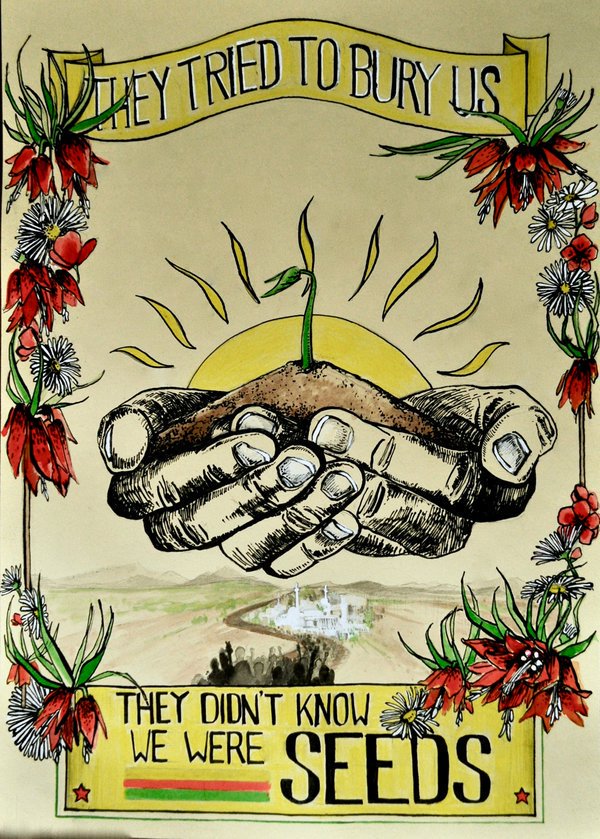