Turkey is in the throes of massive repression with President Erdogan having ordered the arrest and detention of hundreds of thousands of opposition politicians, journalists, trade unionists, human rights activists and many, many others. He has also declared a brutal war on the Kurdish population and undertaken massive military actions – murdering thousands and destroying cities.

However, despite the repression democratic forces and the Kurdish population continue to resist. At the same time with ISIS on the verge of being defeated in Syria and a referendum on Kurdish independence in Iraq looming, the Kurds are in a pivotal role to help define a new tolerant inclusive and democratic Middle East. 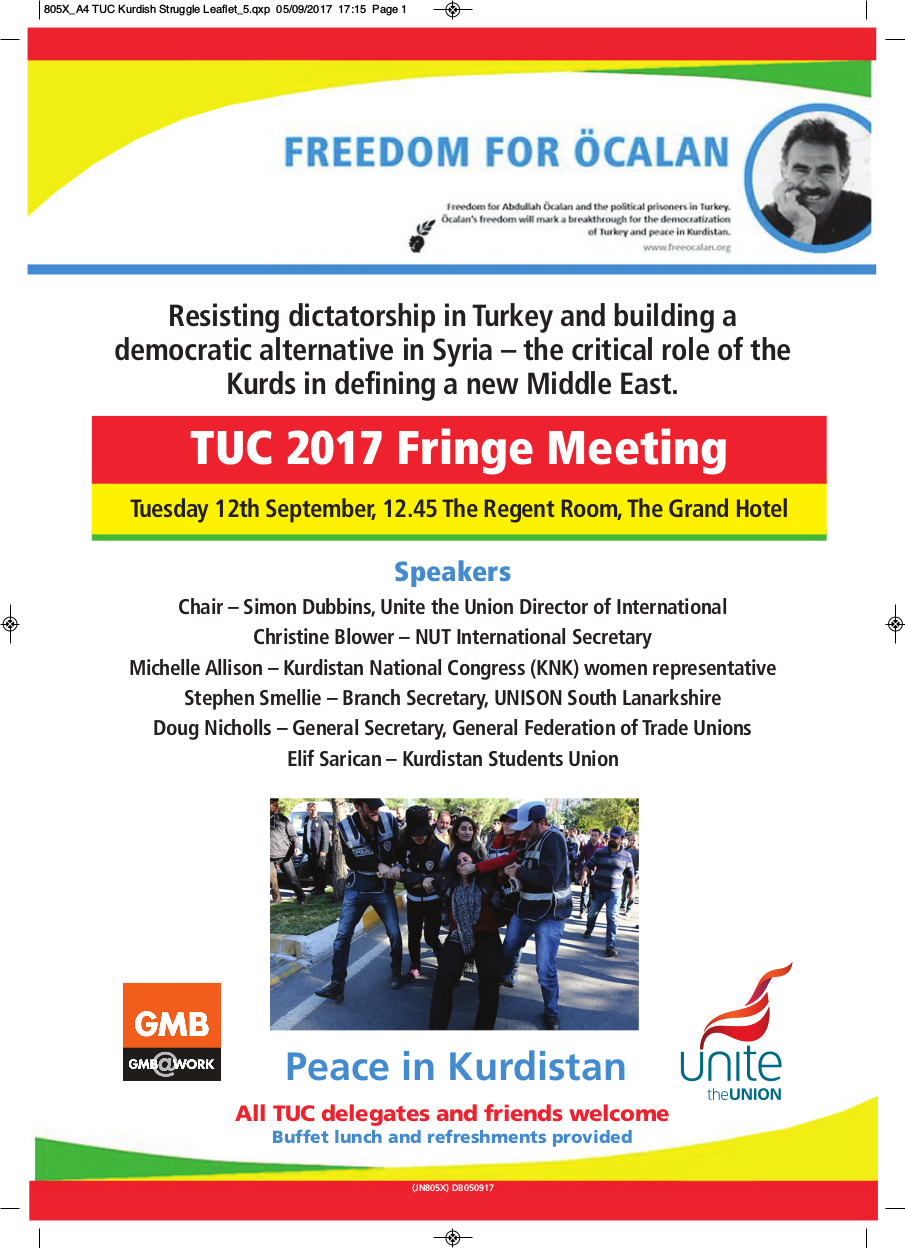 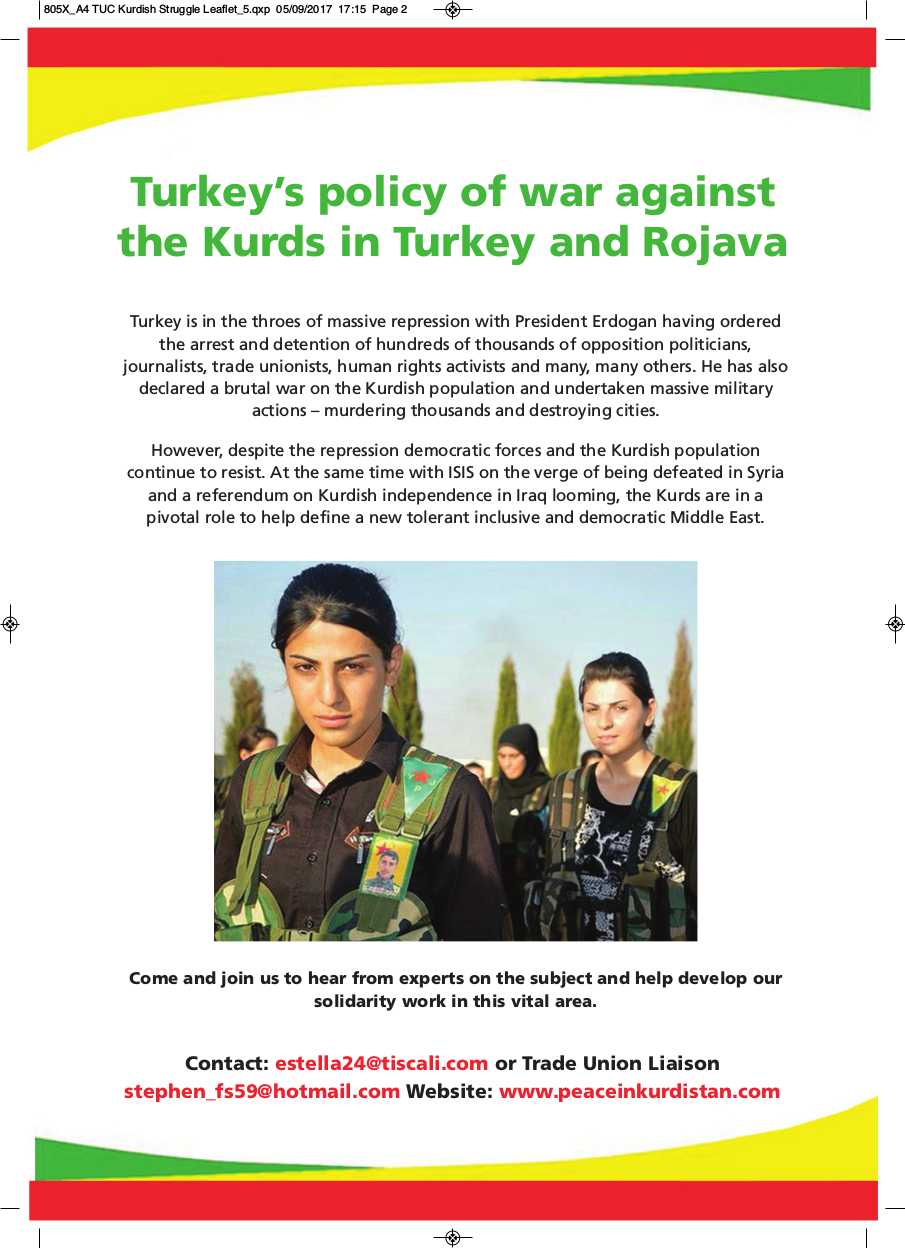