Feleknas Uca’s speech on the eve of the Turkish election 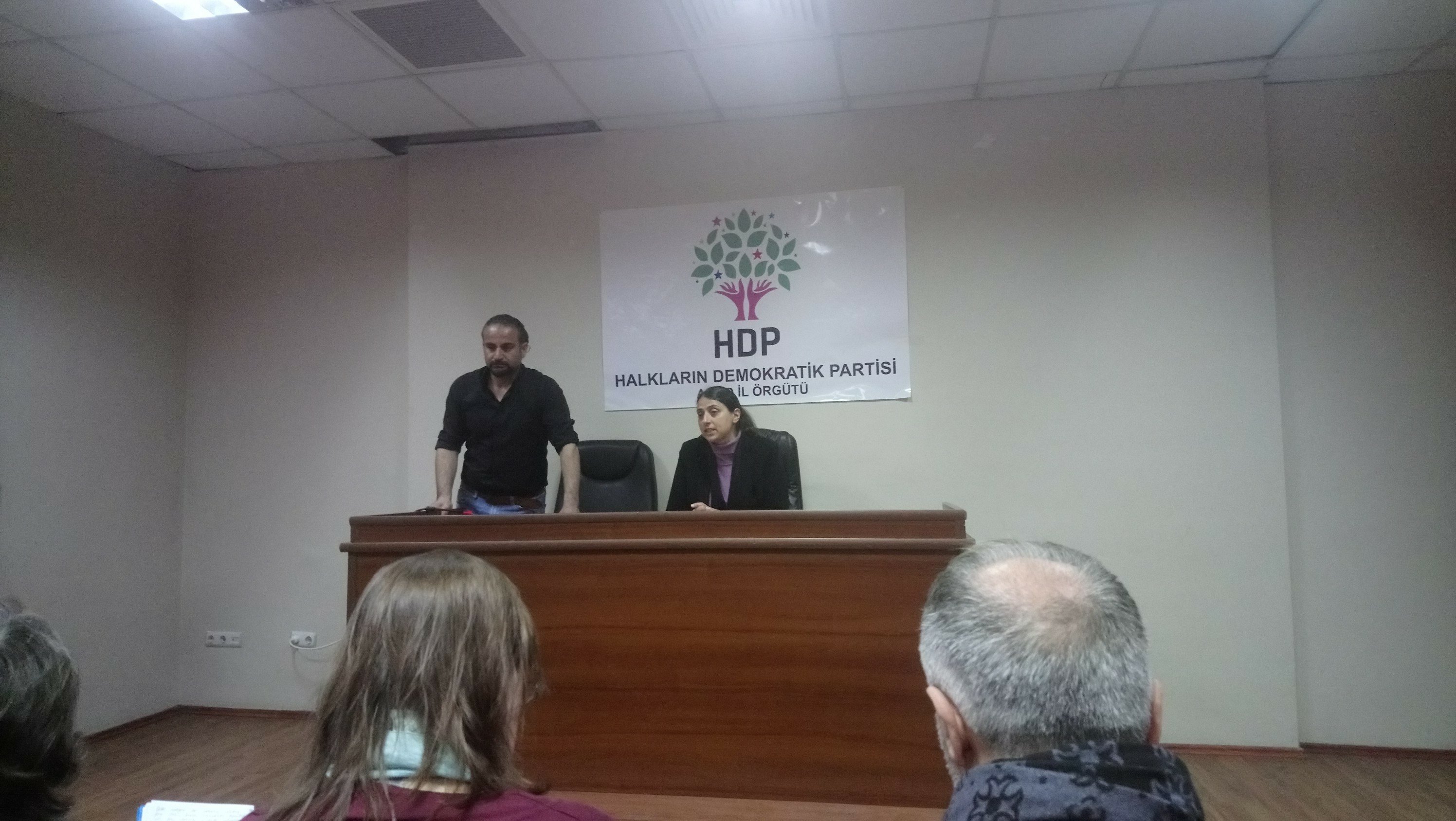 “This election is very important for us. The future of the country will be decided on this election. On one side there is the coalition of the AKP/MHP. On the other side, democracy, to put Turkey on a democratic path. Tomorrow the destiny of 81 million people will be decided.

Three years ago, state governors took over our elected mayors. 90 mayors were put in jail. Mayors of all the big cities were put in jail. This is the current situation: Erdoğan says, “you live like me or I put you in jail”. It has been three years against all the citizens of this country. Most cities in Kurdistan have been destroyed. More than 10,000 arrested and put in jail. Demirtaş and Yuksekdağ and others are all in jail. More than 120,000 have been dismissed from their jobs. Most journalists are in jail. In this country there is only Erdoğan’s media. All channels show Erdoğan. Nothing else. You may be aware that the voice of the opposition is never heard in Turkey.

In most places we’ve had meetings with our constituents, but this isn’t shown in the media. Our campaigning is through the grassroots and through social media.

The ballot boxes will probably be stolen. There will probably be fraud and cheating. Before, in different elections there were leaks that thousands of new voters were registered in the Kurdish region. Not only were imaginary voters produced, but also police forces could vote in the Kurdish region in order to change the election result. For example, in Lice, in a previous election, only 23 voters were registered in a village. But 94 votes were in the results. After this we started an investigation. Soldiers and the police had been voting for the AKP in that village.

The AKP is afraid of observers coming from outside. Tomorrow is a very important day and you will witness a lot. You will probably witness police, soldiers and special forces surrounding voting stations. They probably won’t let you near the ballot boxes. But your stance gives courage to the people to go and vote. You are becoming a part of the future of democratic Turkey. We accept that this election is a referendum: if we are not successful in this election, Turkey will be in an even deeper crisis. If it doesn’t change to a democratic country there will be a social explosion in the country. That is why we hope our people will be successful in this election.

There are a lot of daily raids on our candidates and they are also being arrested.

In all the AKP rallies they campaign against the HDP. Erdoğan called us terrorists. We couldn’t hold rallies but the AKP showed Demirtaş on video, so we reached their voters!

It has been 144 days that Leyla Güven has been on hunger strike. After Leyla started the struggle to remove the isolation of Öcalan,the campaign has spread to other cities in Europe.

Until now we have had more than 7000 people participating in the hunger strikes. In one week 5 people have died including one in Europe. The isolation of Öcalan is against Turkey’s law and international law.

The rule of law in Turkey declares that he should have a chance to meet lawyers. It has been more than 8 years since the lawyers visited. His family can not contact him. He is prohibited to write or telephone outside.

Not only Öcalan, three prisoners in Imralı are also prohibited from their rights and are in isolation.

3 MPs are on hunger strike in this building. On behalf of the HDP, I am a member of the European Council. In all our reports to the CPT and other organisations we urge them to speak to the Turkish state to remove the isolation of Öcalan but they haven’t. We urge you to spread the voice of these people [hunger strikers] to prevent any deaths. When you go back to your country, spread this campaign.