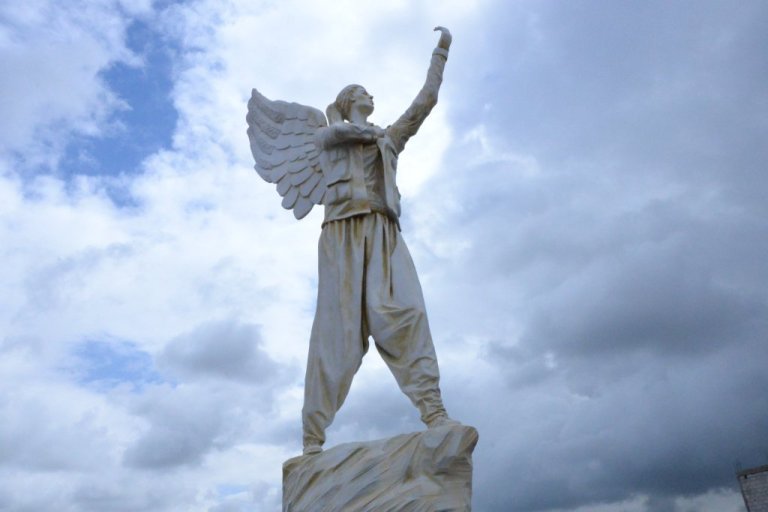 To all democratic forces: Defend the Democratic Federation of North-Eastern Syria!

Statement and call to action by the Internationalist Commune of Rojava, 20 December, 2018

Less than a year after the start of the criminal war of aggression against the canton Afrin, the people of North-Eastern Syria are again confronted with an aggression by the fascist state of Turkey and its Islamist allies. The threats of the Turkish dictator Recep Tayyip Erdogan are no empty words, are not just election campaign propaganda and no mere provocations. With the assaults on the refugee camp Maxmur and several villages in Schengal on the 13th of December he has made this clear again. In fact they are the latest expression of the neo-ottoman expansionist aspirations of the AKP-MHP regime, and the open announcement of a murderous war of extermination against the revolution in North-Eastern Syria and in the entire Middle East.

Since the begin of the revolution the Turkish state, the Syrian regime, the imperialist powers with the USA and Russia leading the way, have undertaken everything in their power to nip this revolution in the bud. But neither the Islamist gangs of murderers, may they be under the flag of Al-Nusra, the so-called FSA or the black flag of the Islamic State, nor embargo, seclusion, isolation and open war of aggression were able to break the brave resistance of the population.

In the past 6 years of this fight the peoples of North-Eastern Syria, under greatest sacrifices and efforts, gave proof of their dedication to a life in freedom in front of the global public. The liberation of Raqqa by the Syrian Democratic Forces, and with that the day by day approaching complete destruction of the caliphate, marks the begin of a new strategic phase in Syria and the entire region. With the destruction of the reign of terror of the Islamic State the tactical-military alliance of convenience between the Defence Forces of North-Eastern Syria and the imperialist powers under the flag of the International Coalition increasingly lose their importance.

How many contradictions ever may exist between the regional and international hegemonial powers, they all agree in one point: The revolution in North-Eastern Syria, its council democratic administrative structure, the establishment of an ecological-communal public sector and the main drive of the revolution, the liberation of women from the millenia-old shackles of a patriarchal system of rule, constitutes the biggest threat for their hegemonial interests and needs to be annihilated. In the past few years the revolution in Rojava and North-Eastern Syria has become an unparallelled source of hope for all those who are searching, for a life beyond state, capital and patriarchy. It is a beacon that can show the oppressed and exploited of this Earth the way out of the darkness of the capitalist modernity, and has proved once and for all that the “end of history” proclaimed by those in power is nothing but a mere lie. It is the living example that even today, in the 21st century, another world is possible.

The war of aggression on Afrin, the international support for the massacres against the civilian population, the NATO-bombs raining down on our friends, the German Leopard tanks, under whose tracks our hope was supposed to be crushed, were the first clear expression of the new imperialistic front against the revolution in the Middle east, and an omen for what we have to expect. The people here on-site, as we ourselves, have learnt from Afrin: Not to rely on anything but our own strength. We do not give the least credence to the statements of the international forces and will also not appeal to anybody. We extensively got to know friend and foe and we know, that our only allies in this struggle can be the international democratic, revolutionary forces, everybody who dreams of a different world and together with whom we fight for a free future.

We call upon everybody to prepare for a new phase of resistance, action and collaborative fight. All those, who were on the streets for the defence of Afrin in the past year, who organised in the many solidarity committees, who made the World-Afrin-Day into an expression of world wide solidarity and who feared with us for every meter, every street of Kobanê.
All those in Europe and the entire world, who explicitly declared their anger and their loathing towards the enemies of humanity, the warmongers and the supporters of the Turkish fascism.
Our message was and is unambiguous: If the war against the revolution is an international one, then our resistance is either. Let us show together, that this revolution is the fight of all of us, that Rojava is our hope and prospect and that we will defend out future together.

That the attacks take place in this phase is no coincidence. The international capitalist system acts out of a position of weakness today. The structural crisis of the statist civilisation can not be covered up any longer and every day more people start waking up and take up the fight against this oppressive system. We see that on the streets of France, in the protest against the G20 summit in Argentinian Buenos Aires, in the Women’s Strike, the #NiUnaMenos and the protests in the Hambach Forest. The powers of the old order try to keep themselves alive with emergency rule, state terrorism and open fascism, but their days are numbered if we organise and take a stand against the assaults on our lifes together. Let’s make use of the strength we drew from the revolution and intensify our fight. If we recognise our joint power, we will be able to throw this system onto the dung heap of history once and for all. Against the offence of the capitalist modernity it is vital to organise the defence and uprising of the democratic modernity everywhere.

For us as Internationalist Commune in Rojava a new phase begins today, too. We came together in Rojava to support the civil structures of this revolution, to learn and understand and drive the building-up forward. As onto the population of Rojava this war is forced onto us. But if the enemy does not leave us another choice, then we will not stand on the sidelines, but contribute with all our might and all our skills to the preparation of resistance and the defence of the society and revolution. We will undertake anything necessary to make our contribution to this resistance. We will stand side by side with the population against the fascist onslaught. We may have come here from the most diverse parts of this Earth with diverse notions and works, but this land has also become our home during the past years. In this spirit we, too, will participate in the societal general mobilisation of the self-government in North-Eastern Syria, which started on the 12th of December.

You, too, stand yourself side by side with the revolution, raise your voice, take to the streets together, joint the existing solidarity committees and resistance groups and found additional ones.
Start actions of civil disobedience to raise awareness for the situation in Rojava and send a clear sign of solidarity.

Shoulder to shoulder against fascism!
Long life the international solidarity!
The revolution will prevail, fascism will be crushed!