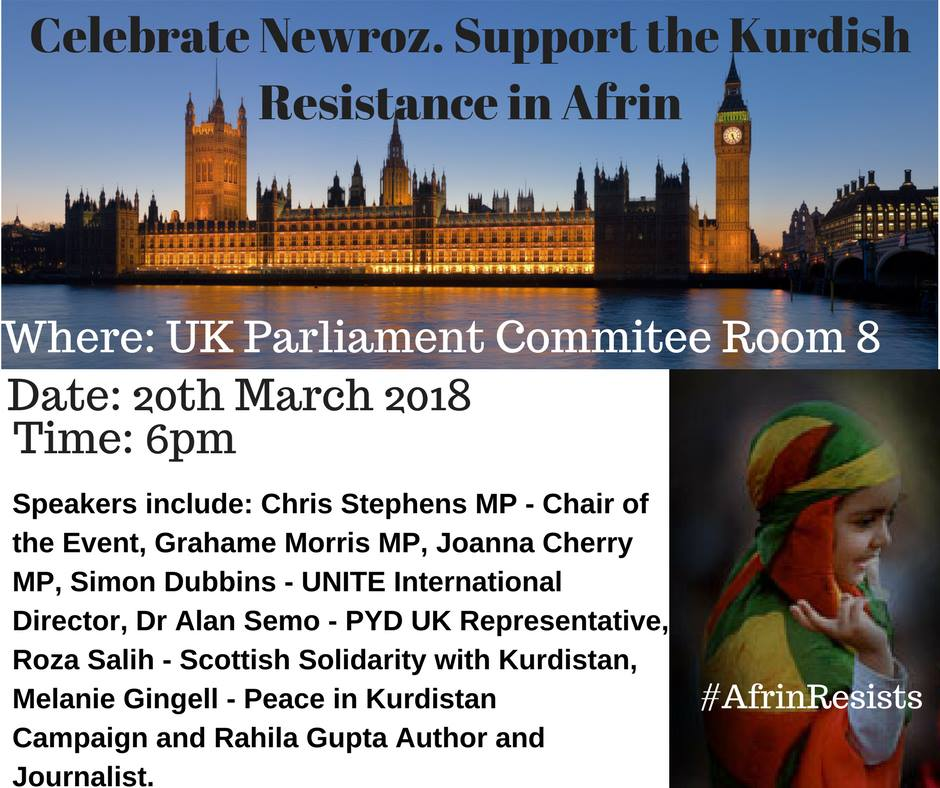 One of the cantons of Rojava, Afrin, has been invaded by the Turkish military and recently a massive airstrike operation resulting in the deaths of hundreds of civilians. Although Turkey is a NATO ally, very little pressure has been exerted by the UK Government on Turkey to withdraw. The war on Afrin is a war on Humanity. We must pressure Member of Parliament to act and call for immediate end of Turkey’s aggression on Afrin.

You are invited to a meeting at the House of Commons, Committee Room 8, 20th March at 6pm to support the Kurdish Resistance in Afrin and to advocate for Peace. Please write to your elected members to attend this event.