Kurdish Media Shut Down in Europe after Pressure from Turkey

Big hit to the freedom of press and thought in Europe 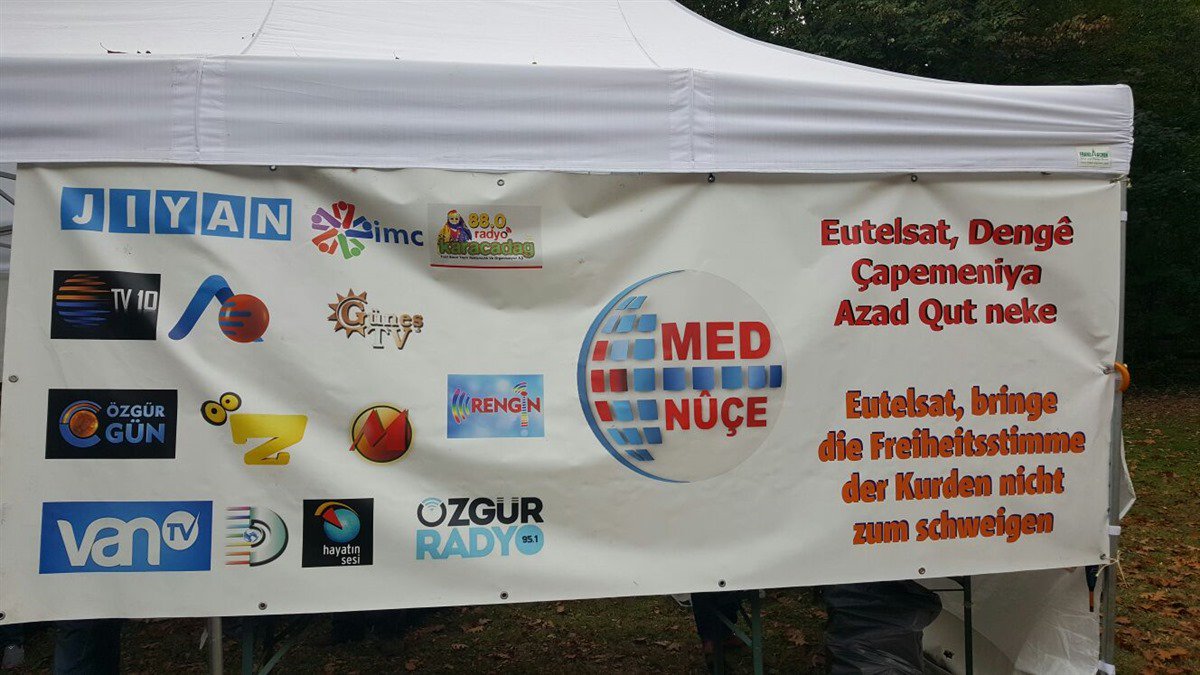 Kurdish TV channels, the voice of millions of Kurds in Turkey, are on the verge of being silenced by Eutelsat, which had been threaten by Turkey’s Supreme Council for Radio and Television (RTUK) to stop their multi-million dollar deal for broadcasting Eutelsat channels on Turksat for north Africa.

A letter demanding the termination of Kurdish channels, Sterk TV, News Channel, and Ronahi TV broadcast was sent on April 14th 2017 by Eutelsat.

Previously Eutelsat had illegally closed down Med-Nuce and Newroz TV. An appeals court in Paris had deemed the closure illegitimate. Despite this ruling, Eutelsat is once again forced by Turkey to close down our TV channels by any means.

In Turkey, President Recep Tayyip Erdogan used a botched coup attempt last July to consolidate power and purge journalists. Since the failed coup, Erdogan’s government shutdown at least 156 media outlets, forced the firing of 2,500 journalists, and jailed over 120. According to Reporters without Borders 2017 press freedom index, Turkey is among the countries where press freedom is mostly violated and it ranks 155 out of 180 countries.

The oppression of Erdogan’s government knows no limits and is now affecting journalists located in other countries. Erdogan himself admitted that he had a correspondent of a leading newspaper in Germany, Deniz Yucel from Die Welt, imprisoned. Access to hundreds of opposition websites has been blocked. Most recently, the world-renowned online encyclopedia, Wikipedia, was blocked.

RTUK in Turkey has long lost its neutrality under the government of Erdogan. It has turned into a suppressive institution against media institutions. For this reason, closing down Kurdish TV channels at the request of RTUK is an attack against the freedom of press, human rights and freedom, the right to information and to the core values of the European Union.

Our call to governments and media institutions is for them not to collaborate with this shameful act. Eutelsat is openly collaborating with Erdogan’s government and is applying the suppressive policies of RTUK in Europe.

We call upon all those that support the freedom of expression and of media to stand up against the suppression of Turkey-Eutelsat and stand in solidarity with the voice of the Kurds, Sterk TV, News Channel, and Ronahi TV.