A member of IRPGF (International Revolutionary People’s Guerrilla Forces) was recently asked to give the eulogy at a şehîd ceremony in Rojava for Şehîd Kawa Amed, or Paolo Todd, an indigenous American who was involved in the struggle at Standing Rock before traveling to Rojava to help defend the revolution. We originally did not plan on releasing the video or text but since so little has been said about him following his passing, we decided it would be nice for friends and family of his to see the love those in Rojava have for him.

In talking with Kurds that knew him personally, we have repeatedly been told of his compassion, sincerity, and revolutionary spirit. Indeed, words cannot express the emotions that were present during his ceremony from all those in attendance, including villagers, members of YPG/YPJ, and HPC. We hope this eulogy reaches those who were close to him and fills them with the same pride those here have for him. Solidarity to all those struggling for indigenous liberation and against the barbarity of colonialism! 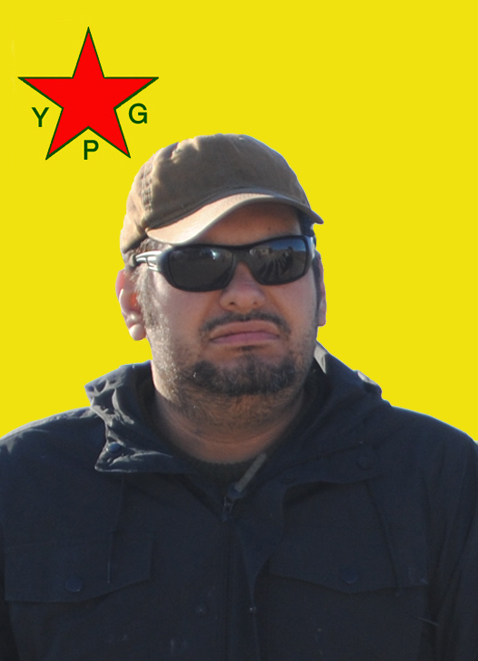 Today we honor and pay tribute to a true revolutionary hero. Heval Kawa was an internationalist revolutionary; a fighter in defense of a people who he didn’t see as other, but as his own. He loved the Kurds and he loved Kurdistan. While I did not know Heval Kawa personally, I do know that he was full of love and compassion, with a desire to change the world and to fight for freedom. From the plains of North Dakota, Heval Kawa, fought alongside his tribal family at Standing Rock against the barbarism of capitalism and the continued oppression and genocide of the Native Americans by US imperialism.

From the Dakota, Heval Kawa traveled thousands of miles from the United States to Rojava to defend and ultimately give his life for a people also fighting for their freedom. Heval Kawa heroically fought against the tyranny and barbarity of Daesh alongside the YPG. In the prime of his life, and on his first trip to Rojava, Heval Kawa became a Şehîd, a martyr for the revolution in Rojava. To be a martyr is immortality for his blood will continue to nurture the struggle and show the path that others will follow. From the Dakotas to Rojava, all indigenous people’s will be free; united against their continued oppression and domination. The future is bright, for justice will prevail. The light will shine through the darkness as millions win their freedom and their right to live the way they want, on their own terms.

Şehîd Kawa, may the great spirit along with your ancestors guide you along your next journey. We give thanks and praise for all you have done. You were and always will be a free Kurd in our eyes. You are one of us and we are blessed to have known and fought alongside you. May Şehîd Kawa’s memory be eternal and may his life continue to guide and inspire the future hevals who will take his weapon and continue the struggle against all oppression and tyranny.