Turkish authorities issued an arrest warrant for Salih Muslim, head of the PYD on Tuesday 22nd November, allegedly in relation to a bomb attack in February. The arrest warrant was announced hours before Salih Muslim spoke in the British House of Commons about the role of the Kurds in Syria. A warrant for the arrest of 47 PKK leaders was also issued.

Below is an official statement on the arrest warrant, issued by the PYD. 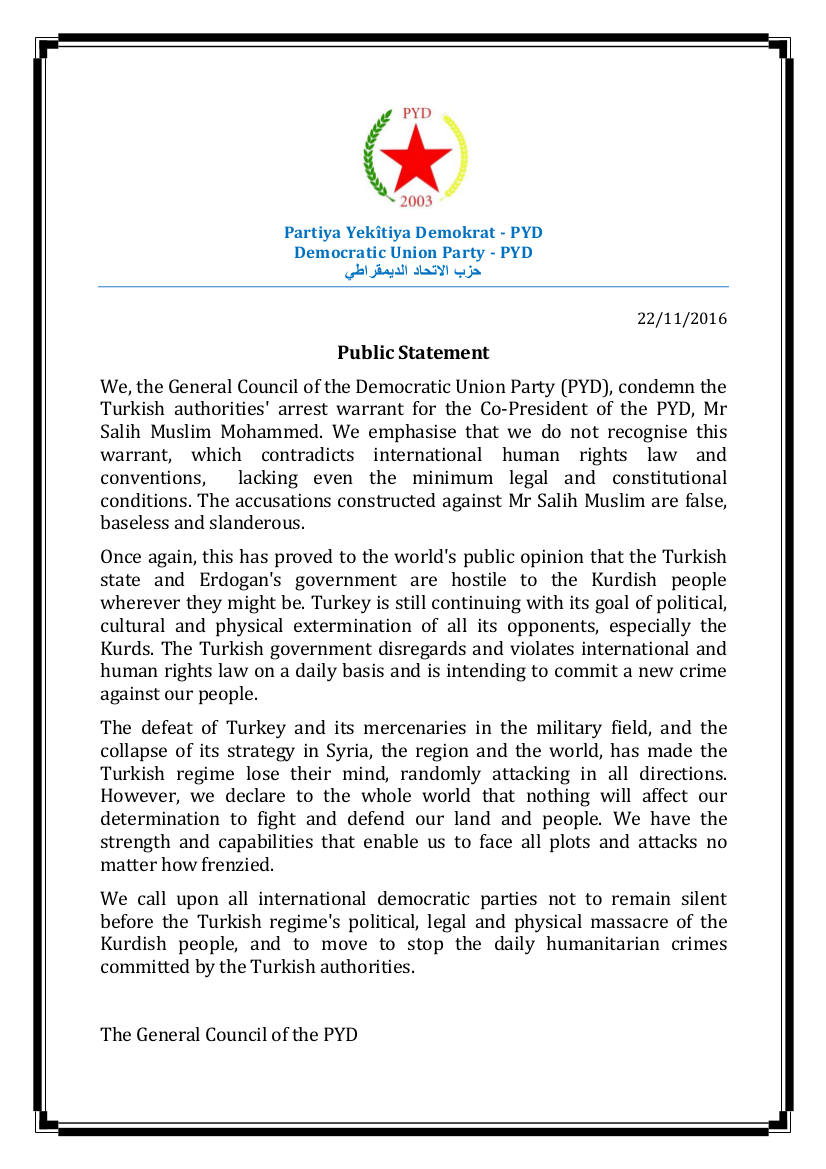