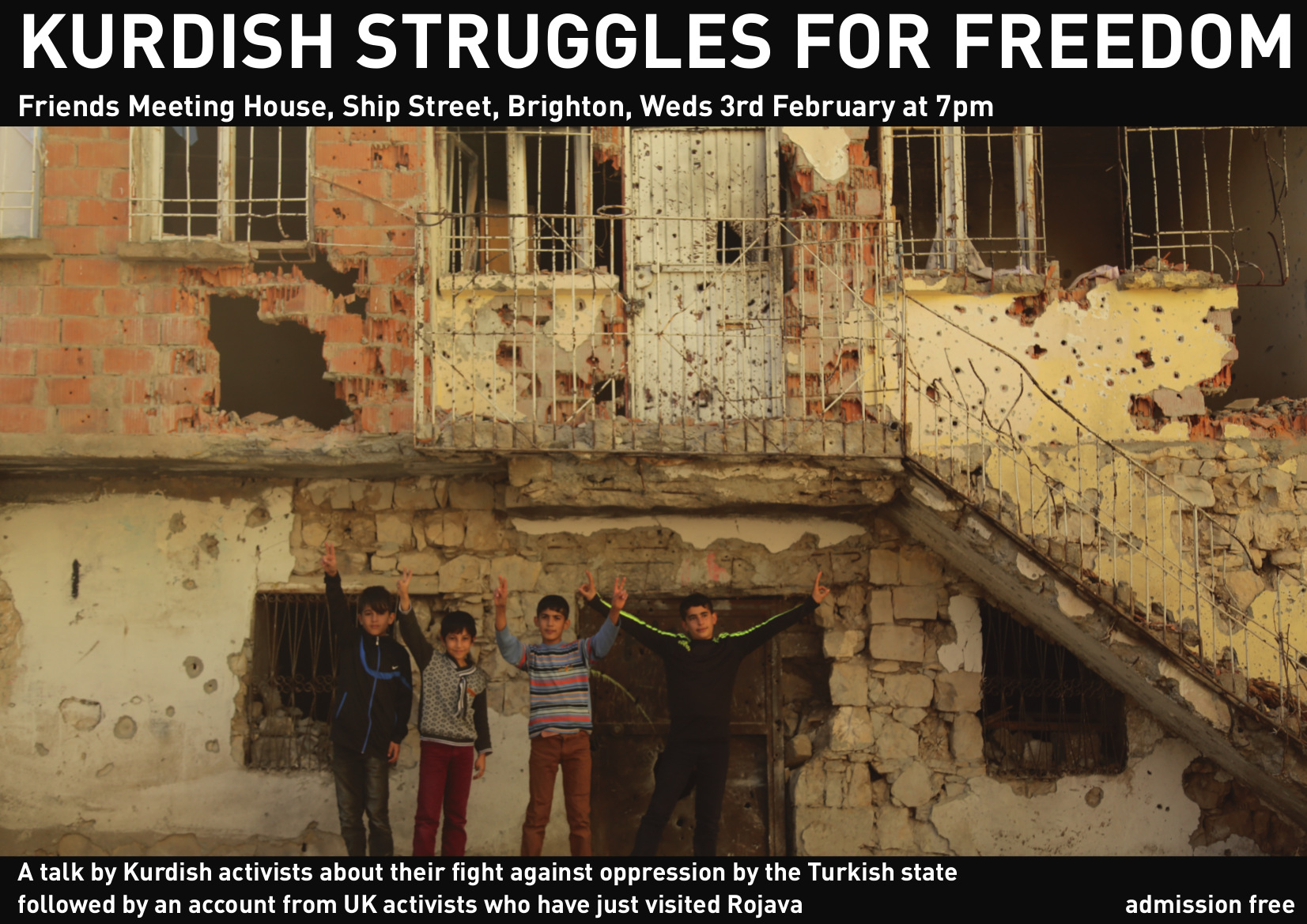 Kurdistan is split between four different countries: Iraq, Iran, Turkey and Syria. This talk will give a brief introduction to the region, followed by a summary of the violence being committed by the Turkish state against the Kurdish population within its borders right now. In the cities of Bakur (the region of Kurdistan that lies within the borders of Southeastern Turkey), Kurdish people have declared autonomy and erected barricades in their neighbourhoods to protect themselves against the violence of the Turkish state. They are being attacked by the police and military right now with tanks, helicopters and mortars.

We will also talk about Rojava, a Kurdish majority in the North of Syria, which has declared autonomy from the Assad regime. In Rojava, people are organising themselves in confederations of communes, cooperatives and local assemblies. Anti-capitalist and feminist ideas are flourishing, which have the power to truly transform society. This is all happening as Rojava’s People’s Protection Units are defending themselves against ISIS attacks. Activists from Brighton have just visited Rojava, and will talk about their impressions and what they learned

This talk is being hosted by Brighton Kurdish Solidarity