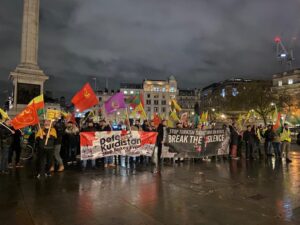 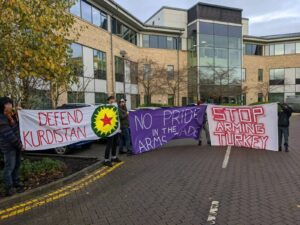 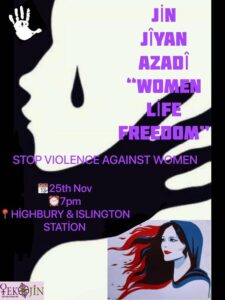 Demo in Highbury in London to stop violence against women
25th November
The uprisings in East Kurdistan and Iran, and resistance to Turkey’s attacks on Rojava (West Kurdistan) and Basur (South Kurdistan in Iraq) are all part of the struggle for women’s liberation and against femicide. 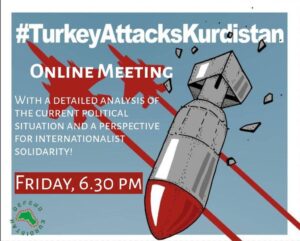 Online meeting with info & discussion on the attacks
25th November
As part of the Defend Kurdistan campaign, an online meeting was held to hear about what is happening in Kurdistan and how we can mobilise in solidarity. 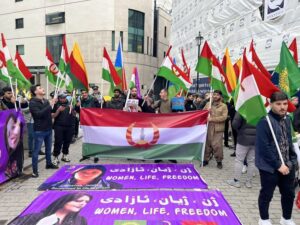 London #JinJiyanAzadi Demo in support of the uprising in Rojhilat (E Kurdistan) & Iran
26th November
Kurds from Rojhelat, Bakur, Rojava and Bashur marched in unity earlier today from the BBC in London, chanting the slogan “Jin, Jîyan, Azadî”, which has given life to the women’s revolution in Kurdistan and the Middle East for over 40 years! 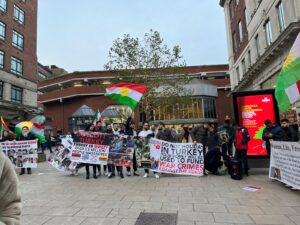 Kurdish community protest in Leeds
27th November
The Kurdish community and supporters in Leeds held a protest against Turkish and Iranian attacks on Kurdistan, chanting for Women – Life – Freedom and for democracy in Iran.