Dear Women and Sisters: we once again invite you stand besides us in the second phase of Women Rise Up For Afrin campaign

Dear Women and Sisters: we once again invite you stand  besides us in the second phase of Women Rise Up For Afrin campaign 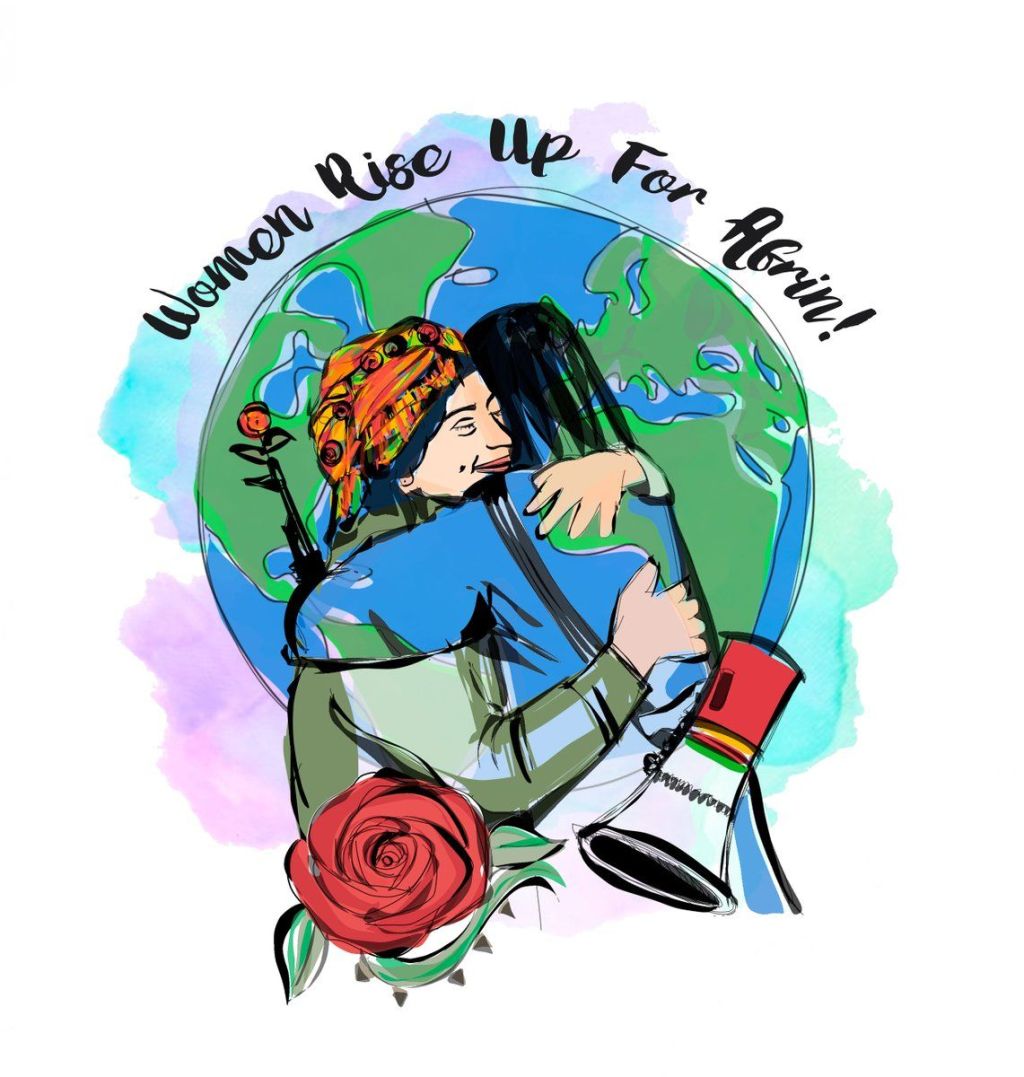 We are a network of women standing up against the unlawful occupation of Afrin by the Turkish state and its collaborating jihadist groups. On February 8th  2018 Kongra Star started the “Women Rise up For Afrin” campaign in Afrin, focusing mainly on the Middle East. In Europe and South America, it started on the International Women’s Day, on March 8th  2018, when women from all over the world began taking part in different activities against the Turkish occupation. The actions you carried out for Women Rise Up For Afrin had a lot of impact around the world and made visible Turkish true colours and intentions.

We once again call you to help us take back our city from the Turks and its friends who occupied Afrin. Afrin is not only a city of Kurds, but a city of WOMEN. 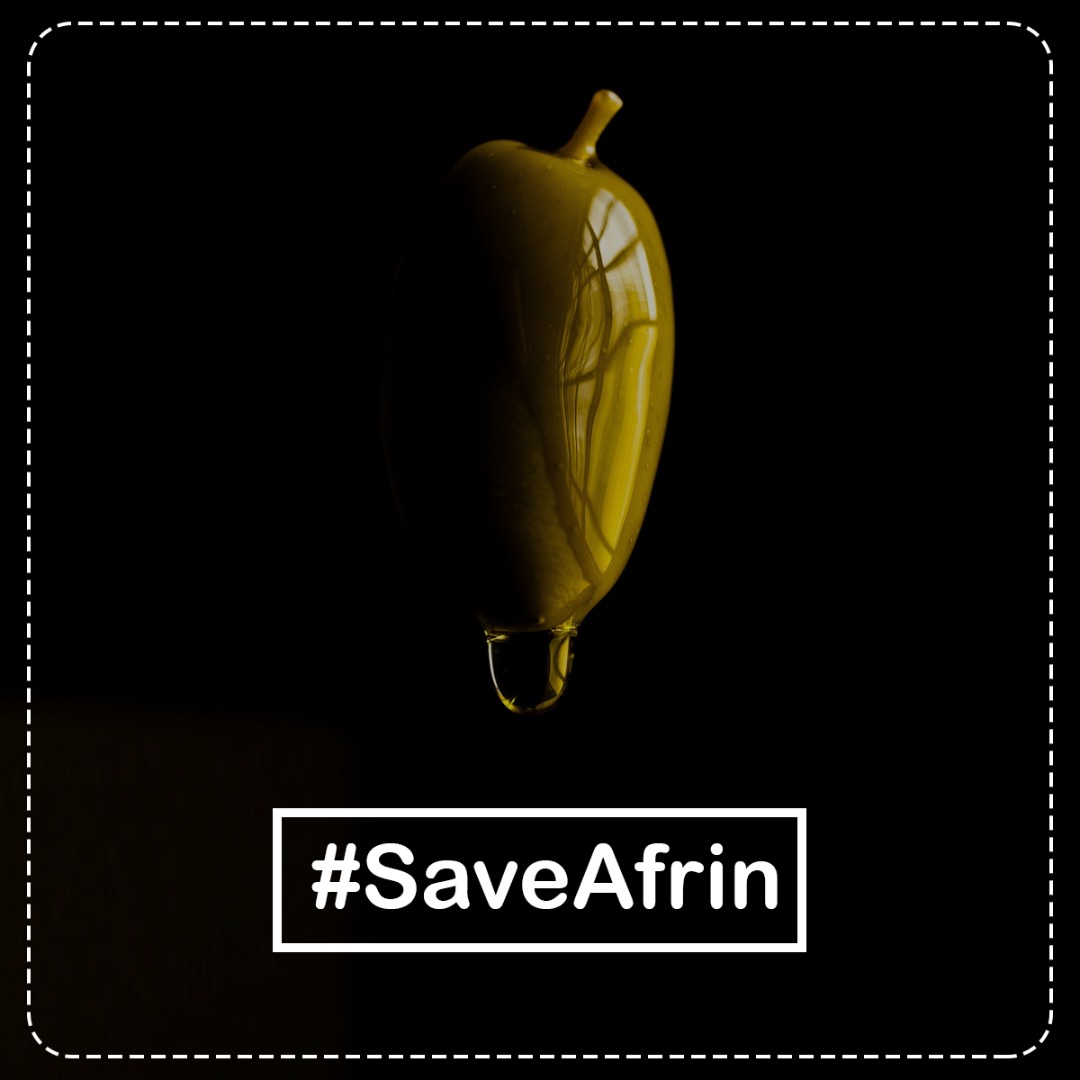 Turkey launched the operation Zeytin Dali – Olive Branch; on January 20th 2018 with the illegal occupation of Afrin. The city of Afrin was untouched by the war, until the Turkish military began attacking the city with its air force and with thousands of jihadist groups acting on behalf of the FSA. The Turkish army, the second largest power in NATO, launched attacks on Afrin regardless of breaking international laws. Hundreds of people lost their lives in this attack, thousands were injured, and hundreds of thousands of them became homeless. The people of Afrin and its defense units resisted for 58 days under constant bombardments, but on March 18th, they decided to withdraw to avoid a genocide and the total destruction of the city. Our hearts were beating to the rythmn of their resistance.

As a result, sround 200.000 people from Afrin fled to Sehba. During this time, the defense units engaged in guerilla-style warefare against the occupants. The occupation of Afrin, and the ethnic cleansing which is taking place there, with the help of other countries, is unlawful. Turkish fascism, which is becoming more and more institutionalized day by day, has committed these war crimes against the Kurdish people and their model of self-government with the approval of international powers, and continues to do so. During this time of war, the Turkish government, with the help of international forces, started to change the demography of Afrin by bringing in people from Southern Syria, speacially from Ghouta.  They also brought jihadists from all over the world into Syrian territory.

In this way, deliberately playing with the demography of Afrin, they have carryed out ethnic cleansing and a cultural genocide. In the time of the Occupation, hundreds of women and children lost their lives. When Afrin was occupied, the attacks on the people did not end. In addition to systematic pillage and destruction, sexist attacks against women have become prevalent. Abduction, harassment, rape, murders, torture, and forced conversions into Islam are concrete examples of the fascism of Turkey and his jihadist friends.The attack on Afrin is a result of the hostility of the Turkish State against Kurdish self-determination and the democratic self-rule of people. 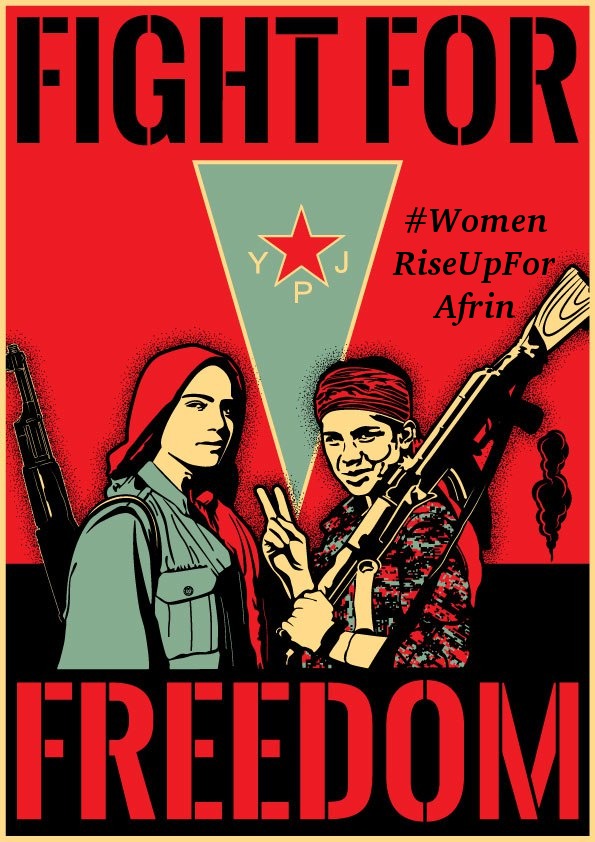 As we know, the people living in Rojava began to build democratic self-management systems in the Kurdish regions during the rebellion and post-war period that began in 2011 in Syria. Some actors surrounding the scene wanted to lead people into darkness with nationalism, sectarianism and sexism. In the name of “people” and “peace”, the international powers wanted to frighten the Middle East. With the start of shelling and artillery bombardments on Idlib by the Syrian regime in preparation for the great battle, an activist from our network reported that 38 thousand people entered Afrin from Idlib— amongst them 12 thousand terrorists of the al-Nusra Front. Don’t allow jihadists to commit war crimes in the Afrin camp. The people of Afrin did not give up Afrin, Rojava did not give up Afrin, the Kurds did not give up Rojava, and we women will not give up Afrin. 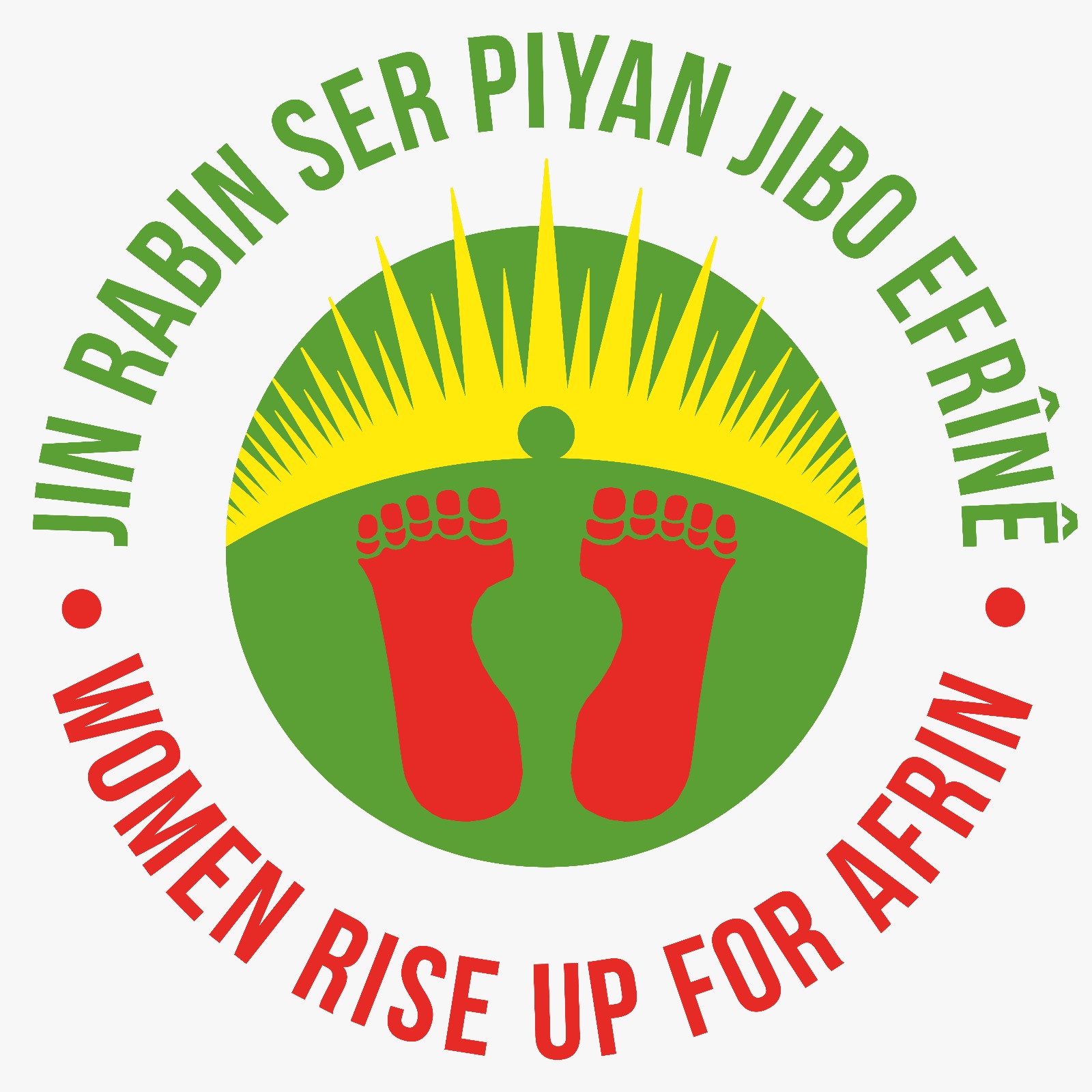 As women we will continue to stand up for Afrin until it is freed and conspirators are held accountable. We need your solidarity messages and support for this blog, www.womenriseupforafrin.wordpress.com   You can also follow @riseupforafrin (twîtter)  (@womenriseupforafrin (facebook) the information center of the RISE UP for Afrin campaign, we aim to make the affairs and actions of women for Afrin visible once again, and to share with the world the experiences and developments taking place in Afrin.