Health after the Revolution: Rojava’s new approaches to health

Anna Davies spent three months in Rojava in 2016, where she worked on different medical and psychological projects in collaboration with the Kurdish Institute of Brussels. 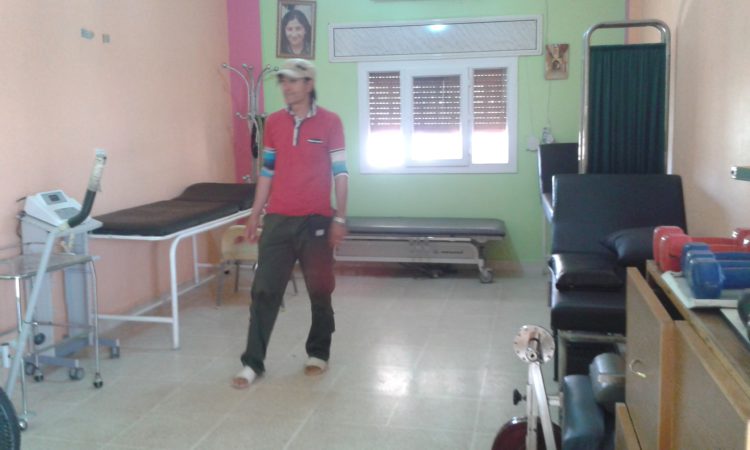 The following is an interview between three Europeans who have spent time living in Rojava and working in different parts of the healthcare sytems and Heval Azad, a member of the health committee in the Cizire canton of Rojava. The interview was conducted with an interpreter.

Heval Azad began by introducing the health committee and its aims…

I will start by telling you about the autonomous system. Since the beginning of the revolution we have been trying to establish whereabouts the issue of health is situated within a system of democratic modernity.  In thinking about how to build up this system in Rojava, we have first been undertaking research of other systems around the world, including health systems. We are criticising those other systems and on the basis of our research and critiques we are developing our own system. The problem is that before the revolution there was a deep connection between health and the power of the state. So we are building up a new system with a new basis – trying to remove this connection. Health is one of the key areas which is represented by specific structures and institutions in the new system. So the main aims for health in Rojava are:

What was the healthcare system like before the revolution?

The system in Syria was a state system, and because of this it was based on money. Even if health services are free at the point of care,  the doctors still work for money, and a percentage of this money also goes to the state.

In Rojava we are just at the beginning of the revolution so we cannot solve or change everything  overnight. This is partly because we aren’t strong enough to do that, and partly because we don’t have enough doctors, and those we have are all dependent on the old system. So we are talking with the Doctors’ Union to try to resolve this. For example there was an operation that cost 100,000 Syrian pounds, and we are negotiating for it to be half the price. These negotiations will go on until we are able to educate our own doctors. Today we are opening a civilian hospital in Darbasiye and in this hospital people will only need to pay for operations, and the prices are cheaper than in hospitals still relying on the old system. But our goal is to provide healthcare without money. This is a long term project. It is not a project of a year, it is a project of four or five years, and right now there is also a war going on – but we will go ahead step by step as we are able to.

At the moment, what are the healthcare structures? Where do people go when they get sick?

There are a lot of private hospitals. We have set up public hospitals in Serekanye, Derik, and Amuda, and a small service in Hasake. We are slowly building them up.

In Darbasiye which has the biggest civilian hospital there are some clinics in the local neighbourhoods, and we want to increase this system, make more and bigger clinics, according to what is possible.

What about other services outside of hospitals, physiotherapy etc…

Our goal is to do everything without money. Right now we don’t have enough doctors, possibilities, strength, so we’re going slowly. Now we are opening our universities and our goal is for doctors and other health workers to work without money. Our longer term goal is to take out health from business, so that health does not depend on business.

Women are autonomous, so they organise themselves autonomously from the commune to the canton level. The women have their own meetings and they organise by themselves, but at higher levels men and women need to come to agreements on such an important issue as health.

So the point is to give people education so that they can have the knowledge and decide for themselves. In this education people are made  to think about for example, the consequences of having many children if you do not have any money, and what the future might be like for your children. People are thus given the chance to decide for themselves how many children they want to have.

Can you tell us more about the health committee, and its role in the self-organised system?

The first point of reference is the health assembly. Though we also consider the word ‘health’ itself to be a problem. This is because of the meanings it is associated with – you could imagine that the health assembly is a place where there are doctors and we talk about sicknesses. This is a problem because this way of understanding health reflects the system of the state.

Twelve different associations and institutions are part of the health assembly at city level: the municipality, the Foundation of Free Women, the Union of Youth, the Doctors’ Union, the Vet’s Union, the Union of Pharmacists, the Union of the Health Workers, the Union of Dentists, the union of all the different unions, the Kurdish Red Crescent, the Houses of the Injured, and the Union of Journalists.  If we consider health in a more traditional way then some of these organisations would not usually be considered relevant. Only the doctors who work to make people feel better when they get sick would be included. But we are aiming to solve the problems of society so that we can prevent sickness from occurring. For example, the municipality is included, as they are responsible for keeping the streets clean, and the environment has a big impact on people’s health. We work with the same unions in each city and we are also starting to have health assemblies at the canton level, and we want to extend this to the level of Rojava.

In the communes things work a bit differently. In each commune in there are nine committees, one of which focuses on health. Abdullah Ocalan says that the capitalist system ‘reaches right to the hair of the people’ so we also have to reach the hair of the people.  For example in my commune, if they realise a place is dirty they clean it up, or if there are some people who need health education they get doctors to come and give it. All the committees work in this way, because we want to prevent people from getting ill.

Next we have the level of the neighbourhood. At the beginning of the month each neighbourhood holds their own meeting. Every commune has two presidents and at the beginning of the month they take their report to their neighbourhood meeting. At the neighbourhood level, the reports from each of the communes are combined to make one report. There are two co-presidents who bring their report to the city assembly. Then the assembly of the city itself makes its own record which is taken to the canton level, and then the canton report goes to the level of Rojava. This system of our assemblies becomes a system of self-defence.

There are at least  nine committees at each level of the self-organised system. Committees include language, first aid, education, ecology, economy, journalism, youth, and defence. The word health comes from the state. When we say health we don’t mean health with doctors and sick people, everything is centred around the nine committees and if we organise around these nine committees the state will disappear.

In Europe some people are trying to re-establish traditional healthcare knowledge that has been lost, or stolen by capitalism. Does anything like this exist in Rojava/Syria?

Of course we want to make a natural system, for example in Serekanye a system started last month for gathering herbs and for starting to get back the knowledge of this natural healthcare system. Our goal is to separate the health system from business, so if there is a possibility to use the knowledge of the system we will use it. The capitalist system hides this information from us; there are people who are 50 years old and don’t know how their body works. For this reason it is important to provide people with education so they can learn about their own bodies. Because doctors come out of society, what the doctors know is the knowledge of society. For example in my village people were healing without doctors, we knew how not to get sick and when we got sick we would heal ourselves with herbs. But the things that people used to know, they stole it and now they sell it to the people.

However, there are two sides to this. On one side doctors don’t accept these methods, of healing ourselves. On the other side medical techniques for healing people have improved. It is important to put these two things together; the new knowledge of science with the old knowledge.

I want to say something else about the private hospitals. In capitalist systems a lot of money is put into the healthcare system. For example in places where there are a lot of new medical techniques and private hospitals, you can be sure that people will get more sick because they know there are more doctors – they need people to get sick. But they don’t put the same resources into preventing people to get sick. If they put the energy into trying to prevent people from getting sick rather than into trying to get sick people better… they look at society as if it is sick and needs to be cured, but it is the system itself that is the illness of society.

Is there anything else you would like to add?

I want to criticise your questions because they are all based on the system of the state, except for the question about natural health. We want to build a society that is healthy in its economy, in nature, and so on… and we want to build this system inside the family, between you and your father, husband, children etc. because the family is like a small state.

Until the words, the language changes, we will have problems, we will not have a democratic system. For example whenever we say something about the new system, we add the word democratic, like democratic health etc. We have to abandon the language of the old system.